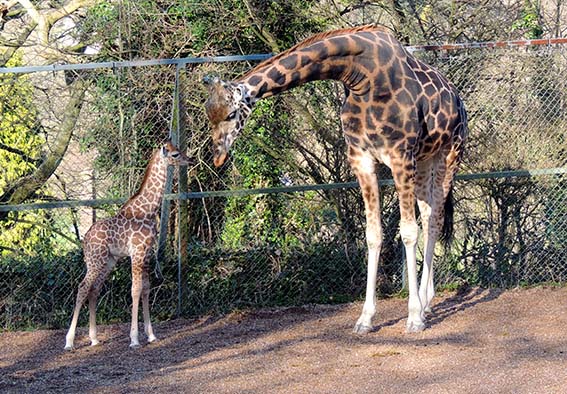 The pair were kept apart for s first few days, to allow him to bond with mum, Mia.

But with Kito reaching one-week-old, keepers decided it was time for 13-year-old Kubwa to meet his son! 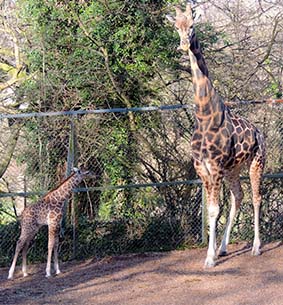 Ungulates Team Leader, Jay HaywoodAlthough they are separated in the internal house, Kubwa has been able to see Kito since he was born, so know’s there has been a new arrival.

“But for the last few days we’ve also been allowing them out at separate times, just so Kito can get used to his new surroundings without having to dodge out of the way of his six-metre tall dad. 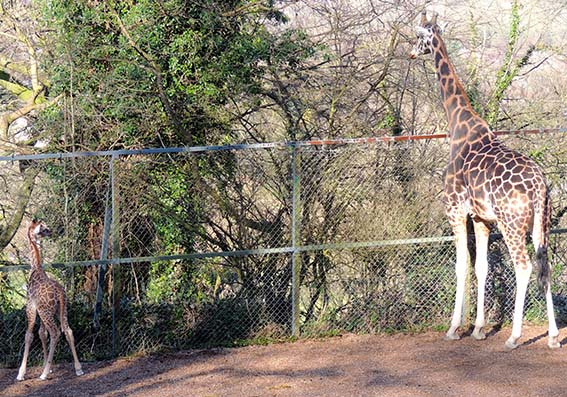 When we saw Kito was beginning to get more confident on his feet we decided to put Kubwa out with the girls and the baby and watch what happened.

After a few minutes standing watching him from the other side of the paddock, Kubwa soon made his way over to him and nuzzled s