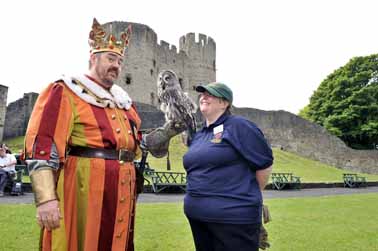 The much-acclaimed touring Monty Python musical was on stage at Wolverhampton’s Grand Theatre, but Phill, who plays King Arthur, and his knights took time out from rehearsals to visit 11th century Dudley Castle for a photocall.   And DZG staff made sure he had a suitable memento of his visit; an adoption pack for his favourite bird – aptly-named snowy owl, Arthur.   DZG?CEO?Peter Suddock, who handed over the package said:?”Phill mentioned he was fond of owls so we thought an adoption pack for our very own Arthur would be most suitable.” 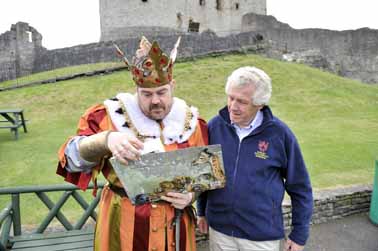