Our snow leopard enclosure appeal has been boosted by the fundraising efforts of an animal-mad eight year-old, who has raised £70 for DZG. 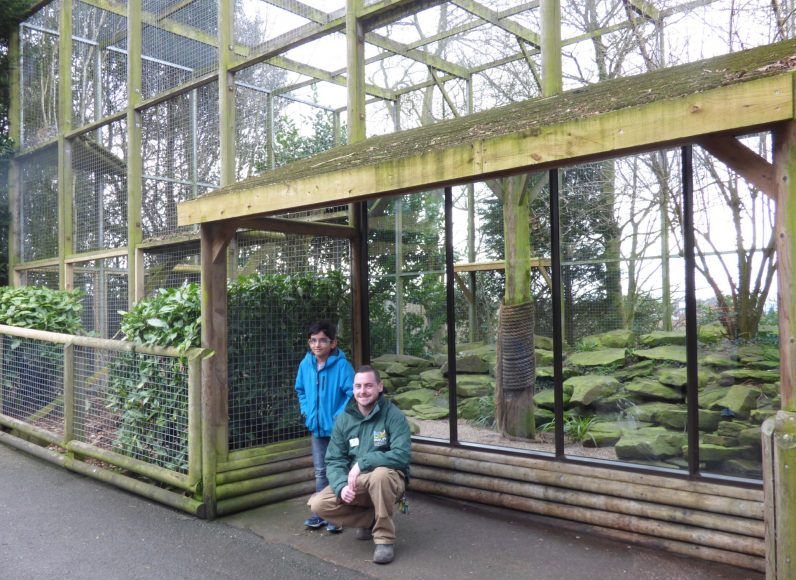 Keetan Gill, from Tipton, was motivated to raise money for our £100k appeal after hearing of the death of our female snow leopard, Nanga, last June.

Zoo member, Keetan, who’s a regular visitor on-site with his family, said: “I heard about Nanga and was very sad and decided I wanted to do something to help.

“I heard about the appeal to make the enclosure bigger so I thought I could raise some money for it. 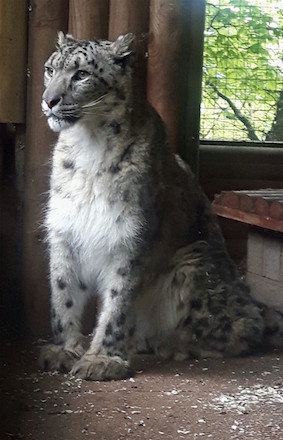 “I printed out photographs of the zoo’s snow leopards and stuck them on a box and visited my family and friends to ask them to donate. I even took the tin to the family weddings we went to last year and asked them to give spare change. I also told them all about the zoo and the snow leopards.”

Keetan, who wants to be a zoo keeper when he’s older with his sights set on an eventual zoo director role, also aims to visit zoo’s in India, after reading about our young snow leopard, Makalu’s South Asian translocation as part of an international breeding programme.

Keetan’s mum, Harvinder, said:“He’s a good little boy and we love his passion for animals and don’t want him to lose that.

“We’re really proud how he decided to raise money for the enclosure and we’re delighted to support such a project.”

Through his collecting, Keetan raised £50, with his parents topping the amount up to £70 and he’s already expressed an interest to raise money for our Bornean orangutans by taking part in our anniversary sponsored event – Walk on the wild side.

Keetan visited the zoo earlier this week to personally handover his donation and met with Senior Keeper, Sam Grove, who was able to tell him all about our snow leopard pair and the best way to achieve his zoo keeping goal.

DZG Media and Communications Officer, Rachel Hickman, said: “It was a pleasure to meet Keetan and thank him in person for his generous donation towards our snow leopard enclosure appeal.

“He was extremely passionate about animals and already understands the importance of conservation and saving species.

“ I have no doubt he’ll succeed with his zoo keeping career plans in the future and could well be working here with his favourite animals in the coming years.”

Planning permission for the snow leopard extension, which includes doubling the size of the outdoor enclosure and installing a new viewing area and platform, is set to be submitted in the coming weeks.