We’ve said goodbye to Kimmy, our juvenile Black lemur, who has transferred to Belgium as part of a European breeding programme. 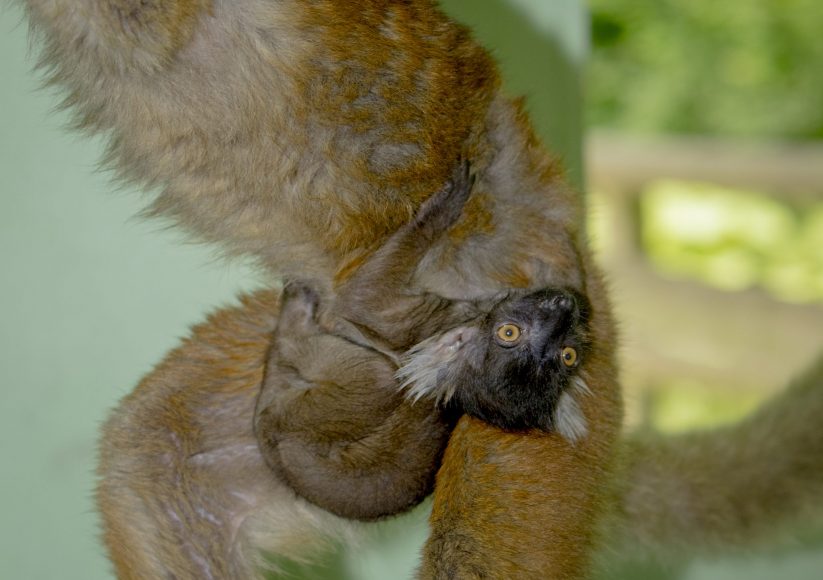 Richard said:“Kimmy’s birth was wonderful news for us all at DZG as she was our first rare black lemur to be born here in over a decade and her role is crucial in the continuing viability of gene pools of the rare species.

“My role as studbook co-ordinator is to study genetic make-up and make recommendations about which of the 208 black lemurs in the EEP across 74 collections are suitable for exchanges or breeding.

“Kimmy was the right age to relocate and the Belgium male came out as her perfect match, so we’re hopeful the pair will add to the species numbers in the future.”

Richard has also recently arranged moves for black lemurs to Helsinki and is working alongside keepers in Germany.

As well as Kimmy’s continental move, we’ve also had a busy few weeks with transfers to other collections closer to home.

A female pygmy marmoset moved to Northumberland while a male was sent to Chester; a male otter transferred to Somerset; a collared lemur was sent to West Sussex, while six harvest mice relocated to Cumbria.