A new snake is making herself at home in the Discovery Centre. 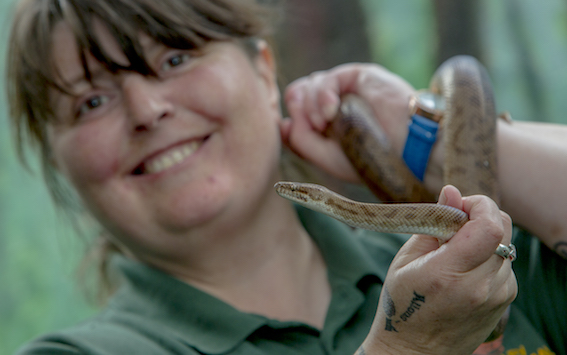 Kimber is a six year-old Children’s python, a non-venomous snake species, native to the Kimberley region of Western Australia (hence her name!).

“At the moment she’s settling into her new enclosure in the party room of the Discovery Centre and we’re getting her used to handling, by making sure we do it everyday.”

A common mistake with the species is that the name is derived with its relationship to children, but it’s actually named after John George Children, who was a zoological curator at the British Museum in the 19th century.

They can typically live up to 30 years.

Previous: Davy does it again!
Next: DZG in BIAZA’s Top 10