We’re providing a helping hand for the site’s wild kestrels by installing nesting boxes around site, just in time for breeding season. 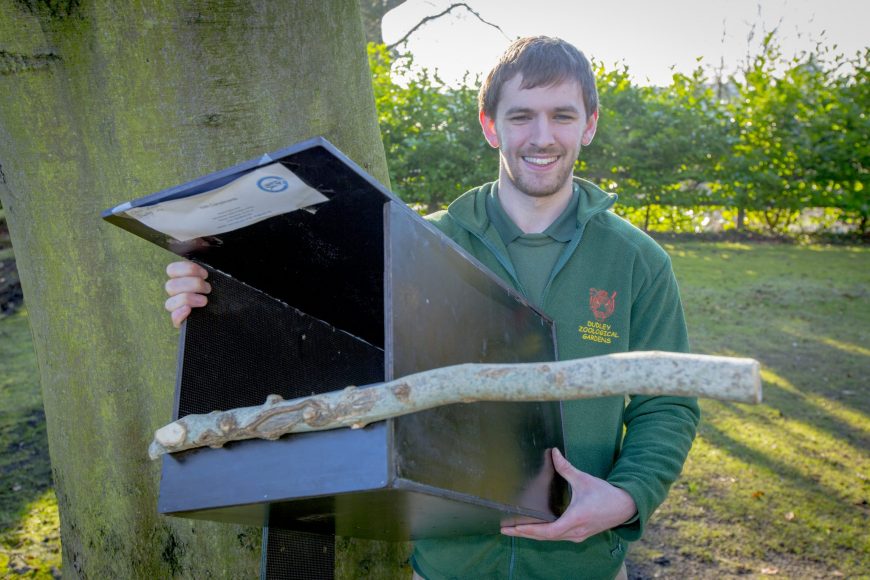 We’ve joined forces with the International Centre for Birds of Prey in Gloucestershire, who have provided us with two different box designs, which we’ve added around site.

DZG Conservation Officer, Chris Leeson, pictured above, said: “We were approached and asked if we’d take part in a survey about which box the kestrels prefer so we were pleased to help out.

“One of the designs in open fronted and the other is traditionally used for little owls, so it will be interesting to see which one, if any, they choose to nest in.

Staff regularly see kestrels around the 40-acre hillside site and in the past the birds have even been spotted fledging off the upper chairlift station.

Keep your eyes peeled during your next visit to DZG as you may see them yourself overhead and we’ll update if there are any arrivals in the boxes!

Kestrels normally lay three to six eggs and incubation lasts around one month.

The young fledge around five weeks, but the family stays close together for a few weeks as the youngsters learn how to hunt and fend for themselves.

Previous: Thanks for the bamboo!
Next: Meet the Easter bunny!