Keeping is in the blood for 22-year-old Sam Grove who has just been promoted to Senior Keeper at DZG. 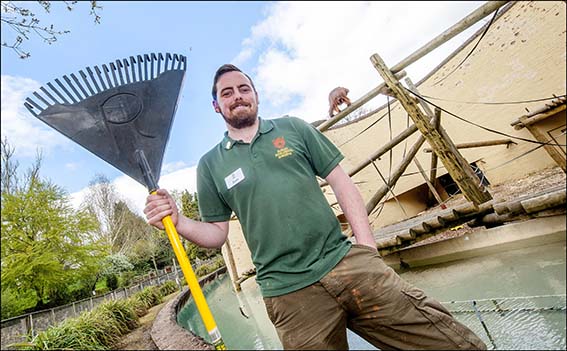 The third generation DZG worker, pictured above, follows in the footsteps of his grandfather David Grove and dad Derek Grove, now Zoo Director. Even his sister Cerys used to be a keeper at Dudley Zoo. 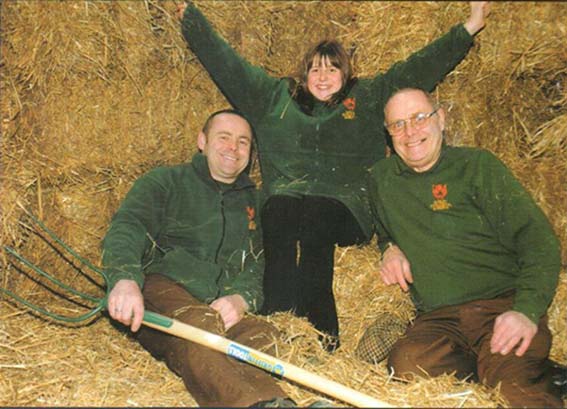 Sam started on zoo car park duties as a seasonal worker when he was 16 and became a Trainee Keeper at 18 when he joined our in-house training scheme and completed his NVQ Level 2 qualification in the care of exotic animals.

He has worked on all sections of the zoo including Ungulates, Birds and Primates and is now part of the Upper Primates team.

Sam said: “Being a Keeper is what I have always wanted to do, I’ve grown up with it and learned a lot from my dad over the years.

“I remember seeing the elephants here when I was really young and I used to come to the zoo every Sunday.

“At one point I did consider going into bricklaying but when I started here on the car park, I realised being a Keeper was what I really wanted to do.

“I do really enjoy the job and the orangs and the reptiles are my favourites. Becoming a Senior Keeper is something I wanted to achieve and I hope to continue doing well and maybe run a section in the future.”

Upper Primates Section Leader Pat Stevens said: “Sam is very hardworking and reliable. He loves working on the section, particularly with the orangs and our reptiles, and has fully earned his promotion to Senior Keeper.” 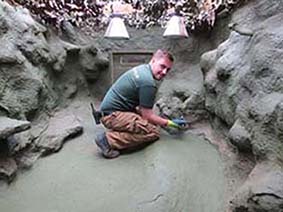 Sam has recently been revamping some of the enclosures in DZG’s Reptile House, giving them a new themed look based on their natural habitats.

Our rhinoceros iguanas now have dry, rocky desert-themed vivariums and Sam has just finished painting the rainforest-themed home, shown left, for our pair of blood pythons.

CONGRATS SAM FROM US ALL AT DZG!