Bird keepers are celebrating the first roul roul partridge and red-crested turaco chicks to be born at DZG. 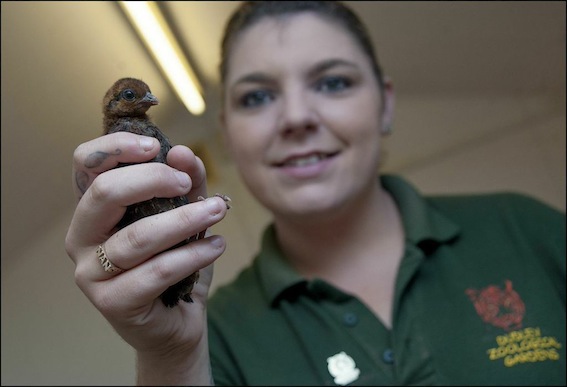 Five roul rouls have hatched in an incubator, while two turacos have been successfully reared by their parents in the triple aviaries. 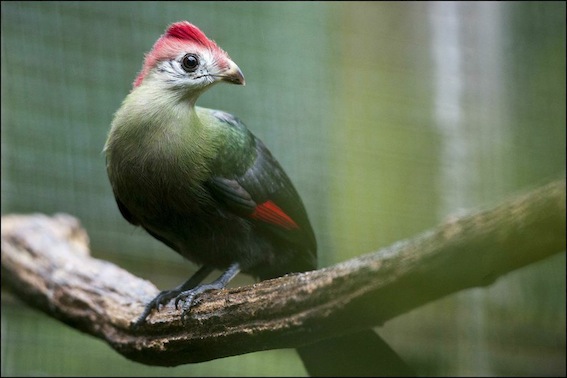 Curator Matt Lewis, said: “This is a great boost to the section of two highly colourful bird species.

“We’ve never kept red-crested turacos before, so we’re delighted that our first ever breeding pair have successfully bred and raised their chicks, who are already showcasing their iconic red crest and are rapidly growing in size. We also believe mum is sitting on more eggs, so we’ve got our fingers crossed for some more.” 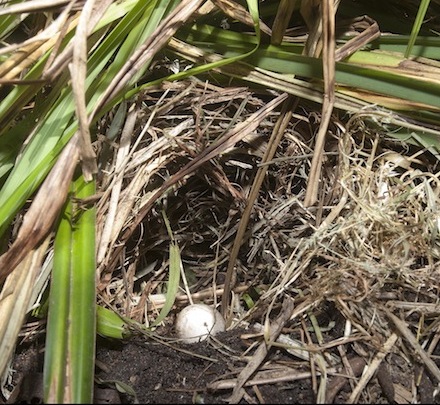 Keepers are currently caring for the roul roul chicks in the off-show aviaries, after they stepped in to incubate the eggs.

Matt added: “Unfortunately the female failed to sit on her eggs, despite the best efforts of the male partridge, who persevered in making a new nest for her every day (pictured left) but we’re thrilled that five have hatched and are thriving with the help of keepers.”

Both roul roul partridges and red-crested turacos pair for life.

The new arrivals will be transferred to other animal collections in the coming months.

The female is equally distinctive, but very different, with green plumage and a grey head.

Whereas both sexes of red-crested turacos look similar. Their bright colours are created by two pigments, both containing copper, and found only in turacos. Turacin is the pigment which gives the red colour and turacoverdin gives them their vivid green colour.

Pictured above: Bird Keeper, Becky Bowdley with one of the newly hatched roul roul partridges and the red-crested turaco chick is growing rapidly!

Previous: Keeper Simon settles in
Next: What’s up there, mum?