Bird keepers are playing mum to two newly hatched cockatiels who were abandoned by their parents. 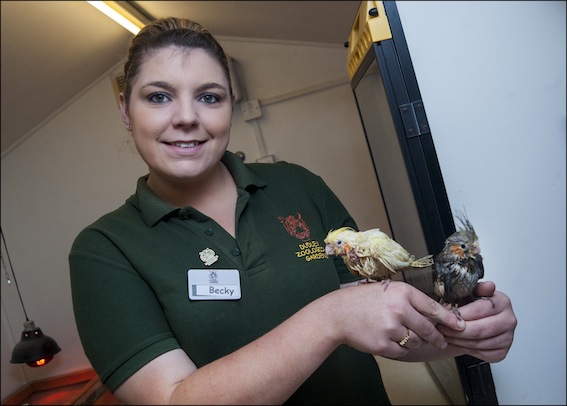 The team have been giving around-the-clock care to the chicks, which has included returning to the zoo at 11pm each night to give the babies their last feed of the day.

DZG Curator Matt Lewis said: “The chicks are now around 40 days old and are still being kept in a incubator to keep them warm while their feathers begin to develop. 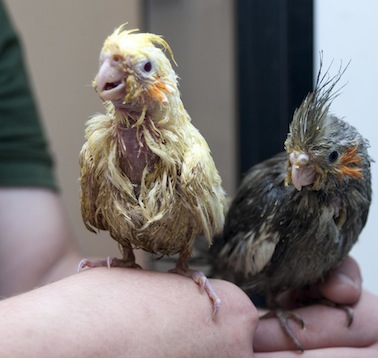 “They have gone down from five feeds a day to two now but keepers have been having to return late at night and again in the early morning to feed the babies, who are making rapid progress and growing stronger each day.”

Keepers started by using a syringe to feed the chicks with a liquid formula of baby and bird food, before moving on to a special spoon, shaped like a bird’s beak, to mimic a mother bird’s feed.

Staff are hoping to continue hand-rearing the cockatiels to introduce them to Keeper for a Day participants.

Cockatiels can live up to 25 years in captivity. Make sure you visit the Sensory Garden, opposite the meerkats, to see DZG’s cockatiels and small birds.

Pictured above: Bird Keeper, Becky Bowdley, prepares the young cockatiels for their next feed.