Did you catch two familiar faces on BBC One last week? 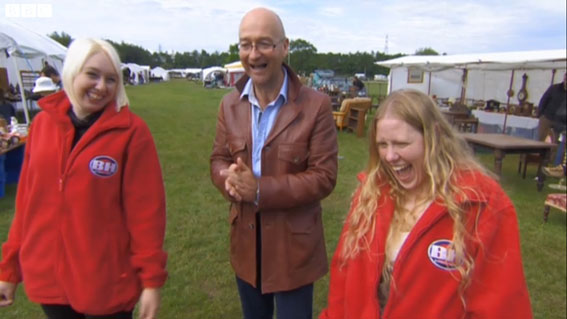 The programme, which aired on Friday (March 8), featured the girls at Oswestry showground, alongside antiques expert David Harper, and purchasing a few animal-themed items along the way to sell on at auction.

Kirsty and Laura were seen buying two Swedish milk churns, two decorative stone lion garden ornaments and a leather-covered rhino sculpture, but unfortunately, made a loss on their purchases at auction.

Despite not winning the girls said they had a great time.

Kirsty, who is an avid collector of Wade pottery figures, said: “It was a great experience, although it was strange to see myself on television.”

Catch the show on BBC iPlayer until Friday.