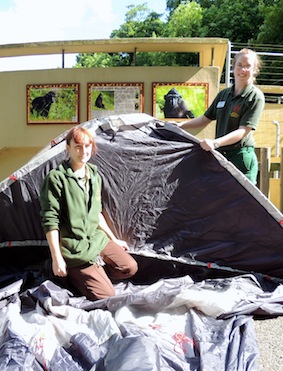 Nicola, aged 31, from Stourbridge, said: “We’re joining ten other keepers from five zoo collections around the UK for the climb in aid of Selamatkan Yaki  a conservation, research and education programme in Indonesia which is working to save the species, so it should be good fun and a great way to raise awareness to the plight of the Sulawesi crested black macaques.”

The girls will be walking a total of 13 hours, on a 27-mile route ascending/descending 2900m, while also attempting to catch a few hours sleep in a tent in between.

Steph, aged 26, from Stourton, said: “We’ve never done anything like this before, so it’s a bit daunting, but we’re looking forward to it.

“We’ve tried to do as much training as possible after work. I’ve started jogging and my dog is getting very long walks at the moment, while Nicola is working out on the cross trainer. Our daily job is quite physical and hopefully the hilly zoo site will also put us in good stead.”

However one challenge the girls are currently facing is attempting to build their tent!

Nicola added: “Neither of us camp, so we’ve had to borrow a tent and we’re having to have regular practises around the zoo site to try and figure how to put it up!” 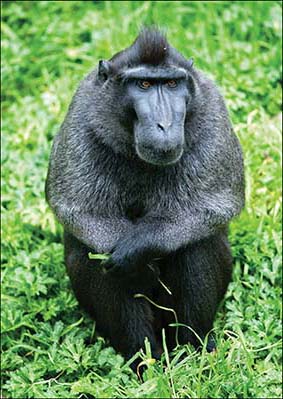 Macaques originate from the north east of the Indonesian island of Sulawesi and are critically endangered due to the clearing of rainforests and being hunted for meat.

Here at DZG we currently have four male and four female macaques, who can be found in the first triple Tecton enclosure.

Last year DZG raised £363 for Selamatkan Yaki by taking part in a quiz night, that was run concurrently at five UK zoos.