DZG staff put on their thinking caps and dug deep into their pockets to help raise funds to help save critically endangered Sulawesi crested black macaques.

Keepers, staff and volunteers took part in a general knowledge quiz, which was run concurrently at Drusillas Park, London, Paignton and Newquay Zoos in aid of Selamatkan Yaki  a conservation, research and education programme in Indonesia. 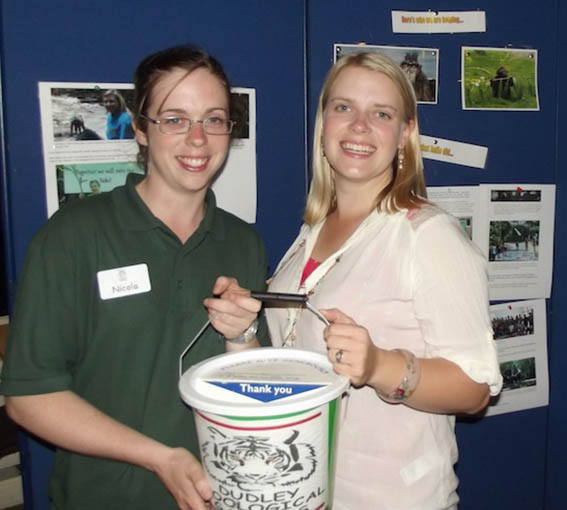 Alongside the quiz, which was hosted by DZG’s Registrar and Research Co-ordinator, Dr David Beeston, Nicola and Sophie also ran a fundraising darts match and guess the number of sweets in a jar competition.

Nicola said: “We had a great night and just through staff donations here at DZG alone we managed to raise £363  which put together with all the other money raised from the other zoos will make a real difference to the project in helping protect the Sulawesi crested black macaques and their forest home.” 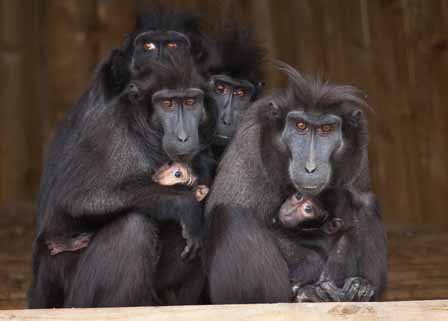 Macaques originate from the north east of the Indonesian island of Sulawesi and are critically endangered due to the clearing of rainforests and being hunted for meat.

Here at DZG we currently have four male and four female macaques.