Hand feeding a tiger and getting bombarded by cheeky Madagascan lemurs are two experiences a mother and daughter will always remember about DZG. 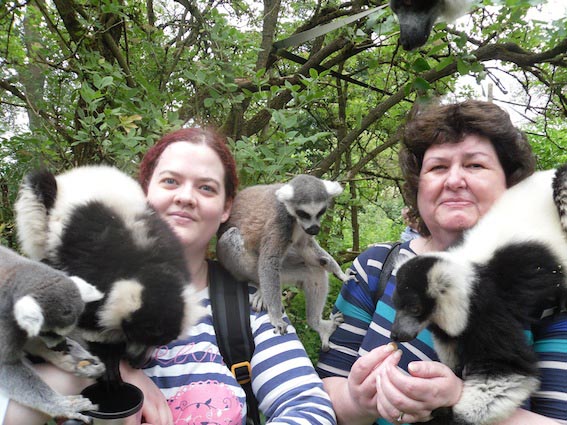 Debbie and Rowena Whiteley took part in a Be a Keeper experience, after Debbie was surprised with the gift for her birthday by husband, Frank.

The pair, from Towcester, Northamptonshire, worked alongside keepers across all sections of the zoo site, but said meeting the tigers and encountering the lemurs wa the best part of the day.

Debbie said: “Dudley Zoo was chosen as it offered a variety of experiences with a large variety of animals  it didn’t just stick to one group of animals.

“It is hard to pick a favourite moment, but for me a definite highlight was hand feeding a tiger. It was an absolute privilege to be near such a magnificent creature.

“My daughter would probably pick her encounter with the lemurs, which she adored.

“The whole day was most enjoyable and we were impressed both by the keepers’ knowledge and their relationship towards the animals.

“All the animals appeared healthy and happy and their living quarters were very clean.”