Members of a Tipton karate club saw the eye of a tiger when they came face-to-face with their newly adopted big cat! 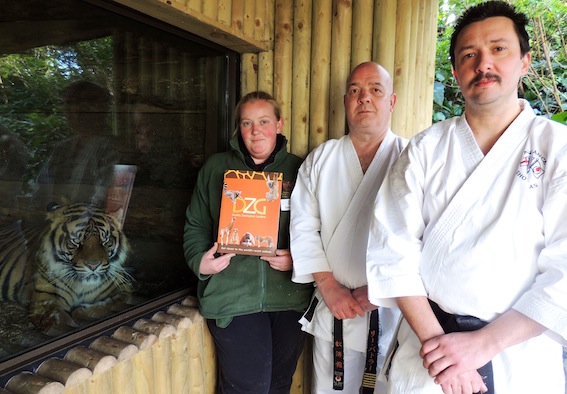 As part of their 25th anniversary celebrations, Alliance Shotokan Karate Club, who are based at St Paul’s Community Centre, have adopted our gorgeous male Sumatran tiger, Joao, as a tiger features on the Shotokan karate international logo.

The adoption idea came from the club’s instructor and 5th Dan, David Morris and his wife and club secretary, Aimee, who are long-time supporters and members of DZG. 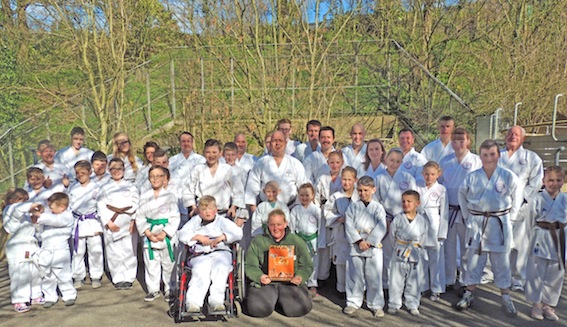 Aimee said: “We wanted to do something a bit unique to commemorate the club’s 25th anniversary and when Joao arrived at DZG, we thought an adoption for him would be perfect and would also help support conservation projects to help save Sumatran tigers in the wild.

“Everyone was in agreement at the club and we raised the adoption fee in just one night, as everyone was really keen to support it.

“We also gave everyone a raffle ticket, which we drew for the free family passes which came with the membership.” 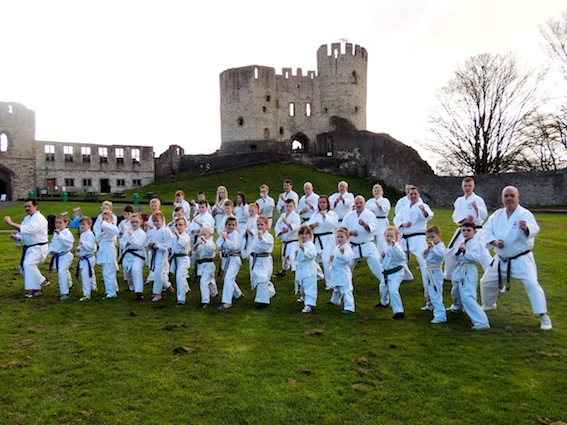 Forty members, aged from four-years-old to 71, turned out to visit Joao and receive their adoption pack from big cat keeper, Sarah Evans.

Press Officer, Rachel Hickman, said: “It was lovely to welcome the members of Alliance Shotokan Karate Club on site and personally thank them for adopting Joao and supporting DZG.

“Despite it being a very chilly day, they all braved the visit dressed in their karate uniforms and we introduced them to Joao, before they entertained visitors with some of their moves in the castle courtyard.”

Caption: Top picture – DZG Keeper, Sarah Evans, presents an adoption pack for Joao to Lee Butler and David Morris at the tiger den viewing window, before meeting the rest of the club members at the tiger enclosure (middle photo).

Bottom photo – Alliance Shotokan Karate Club show off some of their moves in the shadow of the 11th century Dudley Castle.