Our macaque-mad Senior Primates Keeper, Jodie Dryden is flying out to Indonesia today to help save her favourite monkey species. 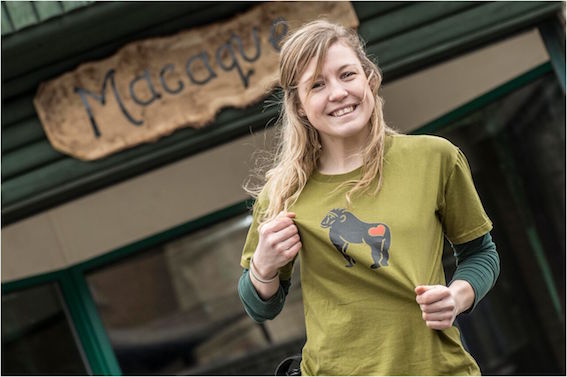 With the backing of DZG, Jodie is taking paid leave to spend three weeks volunteering for Selamatkan Yaki  a conservation project close to her heart  where she’ll be helping educate locals about the plight of the critically endangered Sulawesi crested macaques.

Jodie, aged 25, said: “I last visited the project three years ago and can’t wait to go back and see everybody again.

“It’s great to be able to see the work in practice and to see how the project is going forward. I’m very excited!”

During her time in Indonesia, Jodie will be helping raise awareness of macaques by giving talks and presentations to local youngsters in schools and colleges to help educate them about the threats the Sulawesi crested macaques face. 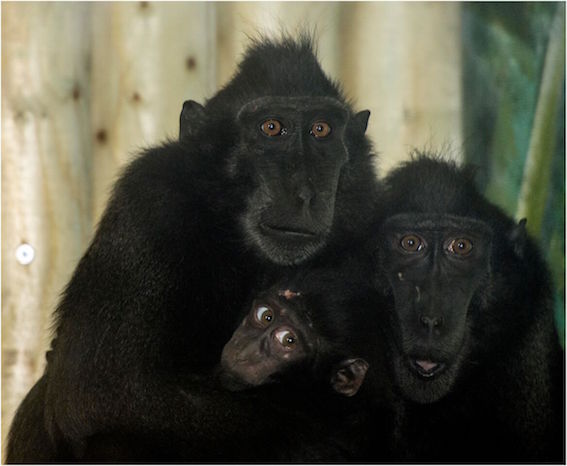 Shockingly species numbers have reduced by 90 per cent over the last three decades, with major threats including extensive habitat loss due to farming and deforestation, as well as the illegal bush meat trade and pet trade.

She’ll also be joining conservation rangers at The Tangkoko Nature Reserve who organise tours to track macaques in the rainforest and will be presenting 30 torches, purchased by DZG, to the team to aid them in their day-to-day work.

Jodie said: “The torches have red filters on them so it doesn’t startle or harm the eyes of the macaques or the tarsier monkeys who also inhabit the rainforest.”

And as the UK Regional Co-ordinator at Selamatkan Yaki, Jodie will also be prepped on awareness and fundraising tasks to complete for the project over the next 12 months.

Since returning in 2013 Jodie has organised inter-zoo quiz nights and a fundraising Three Peaks Challenge in aid of the project – pictured below –  as well as leading the celebrations for the first ever International Macaque Day last month. 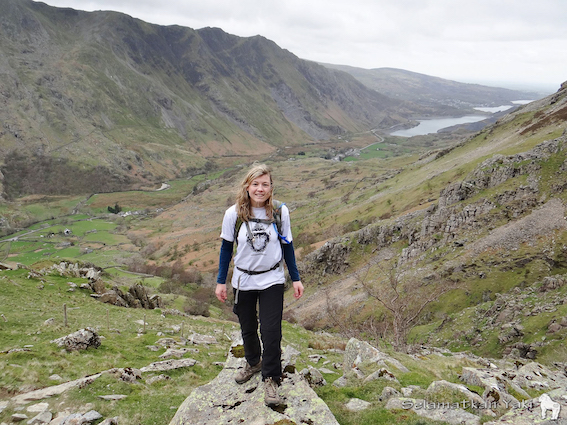 Jodie added: “I just love Sulawesi-crested macaques and love the land in which their habitat exists. The species is complicated, fascinating, social and intelligent.

“They’re fun and charismatic and a total joy to work with.”

On her days off Jodie, who is also co-chair of the BIAZA (British and Irish Association of Zoos and Aquariums) Primate Focus Group, hopes to explore the local area as well as visiting a meat market  where the likes of macaques are sold for food, alongside snakes, bats, dogs, cats and monkeys.

Jodie said: “It sounds absolutely horrendous, but I need to see this for myself, as this is what we want the local Indonesian people to stop doing to help save the macaque species.

“As they say, seeing is believing and I think if you see something for yourself, you’ll work even harder to protect it.”

We’ll be following Jodie’s macaque mission and posting updates throughout her trip.

Good luck, Jodie  we can’t wait to hear about your adventures!