Our gorgeous male Sumatran tiger has left his native Germany, travelled over sea over night and is now making the final part of his journey by road to DZG.

And first to break the news of his travels was BBC WM when reporter Kath Stanczyszyn reported live at 6.30am from our big cat cabin for Pete Morgan’s Breakfast Show as final preparations get underway for Joao’s arrival. 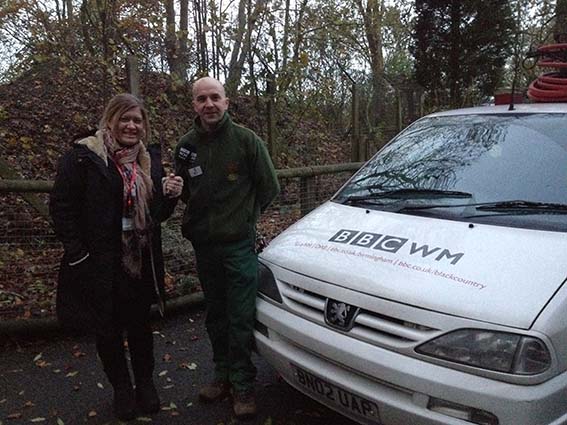 “He’s a very special boy and we can’t wait to meet him, welcome him to Dudley Zoological Gardens and introduce him to his new mate, our beautiful female, Daseep.”

Twenty-month-old Joao (pronounced ZHOW), will join the Midlands collection’s three-year-old Daseep, who is ranked as the world’s second most important female in the genetic pool for this rare sub-species which now numbers fewer than 400 in the wild.

Joao’s translocation, via land and sea from Krefeld Zoo, poses a challenge for DZG keepers who will use a crane to move the big cat into the Modernist Triple Tecton enclosure on the site’s upper level. 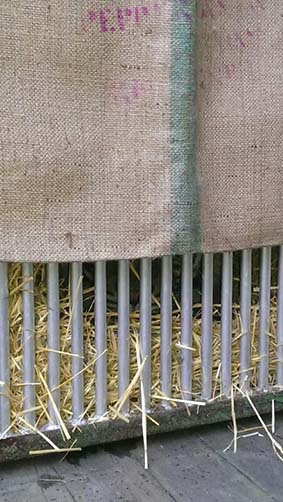 DZG CEO, Peter Suddock, said: “The big cat Tecton enclosure is a tricky one to negotiate and we will be using a crane to manoeuvre the tiger into the building.    “Not only does this make the transfer easier, but it also eliminates the need to anaesthetise Joao and means we can introduce him to the internal dens immediately and get him settled.   “It sounds a difficult move but it’s something we’ve done since the zoo opened in 1937 and although it looks complicated, it’s fairly straightforward and ensures Joao is in his new home and set to meet Daseep as soon as possible. ”

DZG holds an impressive breeding record for Sumatran tigers; eight cubs born at the Castle Hill site between 2000 and 2005 increased the world population of this incredible sub-species by two per cent and went on to boost programmes across the world.

Under wraps – but not for long: male Sumatran tiger, Joao, leaves Krefeld Zoo, in Germany, for Dudley Zoological Gardens.