There’s something fishy going on in the tiger enclosure  male Sumatran, Joao, is refusing to eat his sprats! 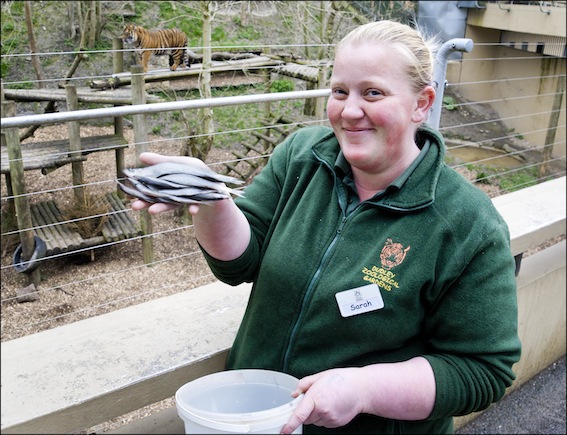 Keepers realised the two-year-old is no fish fan when he began spitting the sprats out at them.

Senior Keeper, Adam Walker, said: “He’s quite an opinionated tiger and we quickly discovered that he wasn’t fond of fish.”

As a young tiger Joao is fed up to eight kilos of beef, horse, chicken or rabbit four times a week and keepers will increase this amount as he continues to grow.

In the wild tigers also eat fish, which provides them with a natural source of essential oils and fat, but keepers are having to resort to other methods to make sure Joao gets his intake. 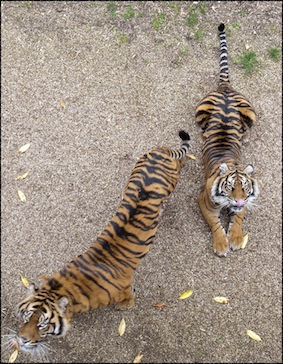 Adam added: “Tigers usually have fish for the oils, which keep their coats nice and shiny and their joints supple.

“We’ve tried giving Joao sprats and other fish but he comes over, gums them for a few seconds and then spits them back out at you.

“Because he doesn’t eat the sprats we give him cod liver oil spread over his meat. That way he doesn’t know it’s there and eats it as normal, but we know he’s getting what he needs.”

Adam said: “Daseep is the complete opposite and can’t get enough of sprats and will quickly devour both tiger shares.

“When we had Tschuna it was marmite that divided them but it seems it’s sprats for Daseep and Joao.”

Watch the video below to see Joao refuse his sprats