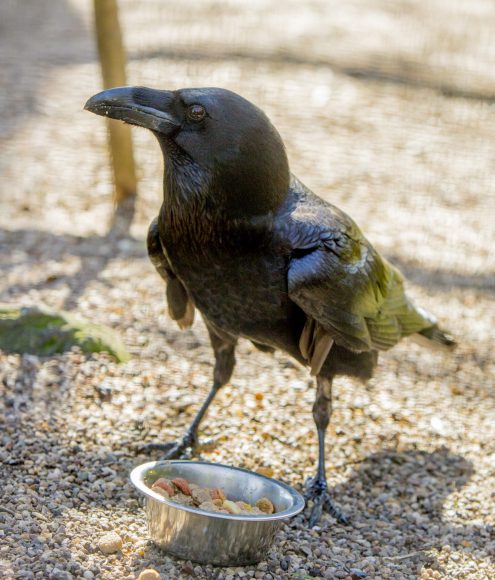 We’ve waved off Jill the common raven, who’s returned to Wales to pair with a male!

The 10 year-old bird, who has greeted thousands of visitors to DZG with shouts of hello and goodbye as they pass her enclosure on Castle Hill, has gone back to her former collection at Welsh Mountain Zoo.

Curator Richard Brown, said: “Jill has been on loan to us for the past nine years and has been a popular addition to DZG’s collection with her lively and inquisitive nature, but it’s great news that she’s returning to her former home to join a waiting male raven.”

Jill, who has been at DZG since she was 10 months old, was initially hand-reared after being abandoned as a chick.

A new owl species will soon be joining the bird collection.