Our male lion Jetpur certainly looks as if hes feeling right at home since returning to his Dudley birthplace. 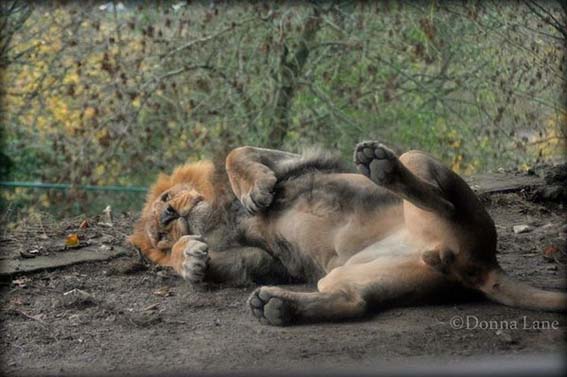 ABOVE – Already the boss… Keepers say Jetpur is settling in well. Thanks to DZG member Donna Lane for this wonderful picture of Jetpur looking very relaxed

Keepers are beginning to get to know the 12-year-old Asiatic lions character since he came home to Dudley at the end of October and said he was very laid back. 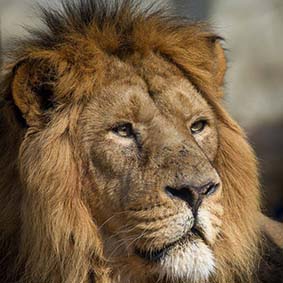 Section Leader Jay Haywood said: Jetpur spent the first week on his own in the paddock to get his bearings and get used to his new surroundings.

After a week he was introduced to the girls, Kyra and Asha, and they are getting along fine.

Jetpur is getting more relaxed every single day and is quite friendly and laid back.

The girls already know hes the boss and are submitting to him, which is normal behaviour.

Jay added Jetpur, pictured left, was eating well and had quickly got used to his routine at Dudley.

In between he is given rabbits, quail and chickens and it’s also important he eats the bones, feathers and fur in order to keep his internal organs healthy.”

Jetpur was one of triplets born to mum Gir and dad Max on 6thJuly 2003 and moved to Mulhouse Zoo on 16thJune 2005.

He left to form a breeding pair with lioness Sita in France and together they have produced a total of 10 beautiful cubs as part of an international breeding programme.

Previous: Dave does the double!
Next: Special visitor turns 88