We’re excited to announce the birth of a second critically endangered Bornean orangutan at DZC within four weeks! 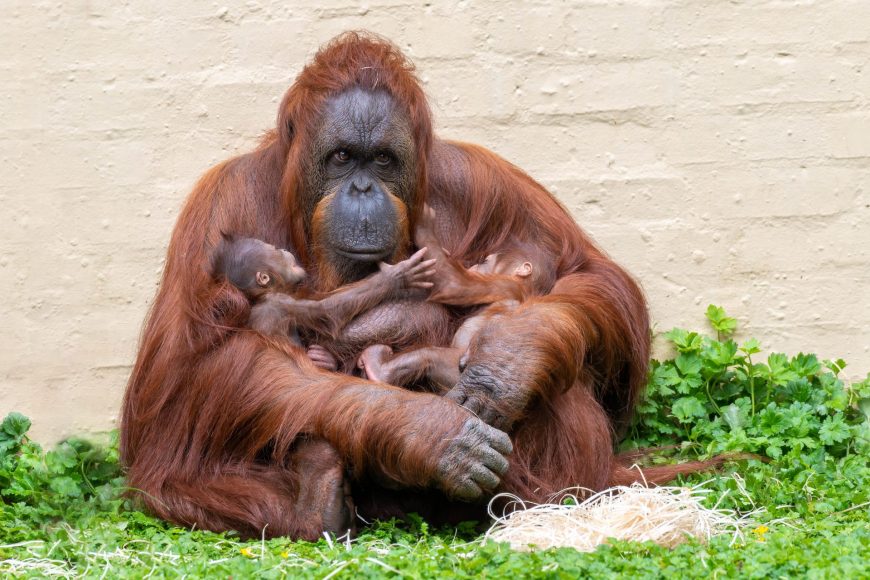 Eleven-year-old Sprout gave birth over the weekend, but unfortunately as an inexperienced mum has found first-time motherhood a little bit tough. 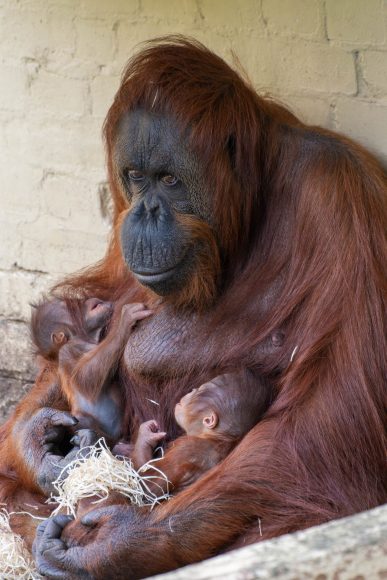 Thankfully, Sprout’s mum, Jazz, 30, who only gave birth herself a month ago, came to her daughter’s aid and has naturally stepped in to take over the care of her first grand-baby – who we’re yet to confirm the sex of. 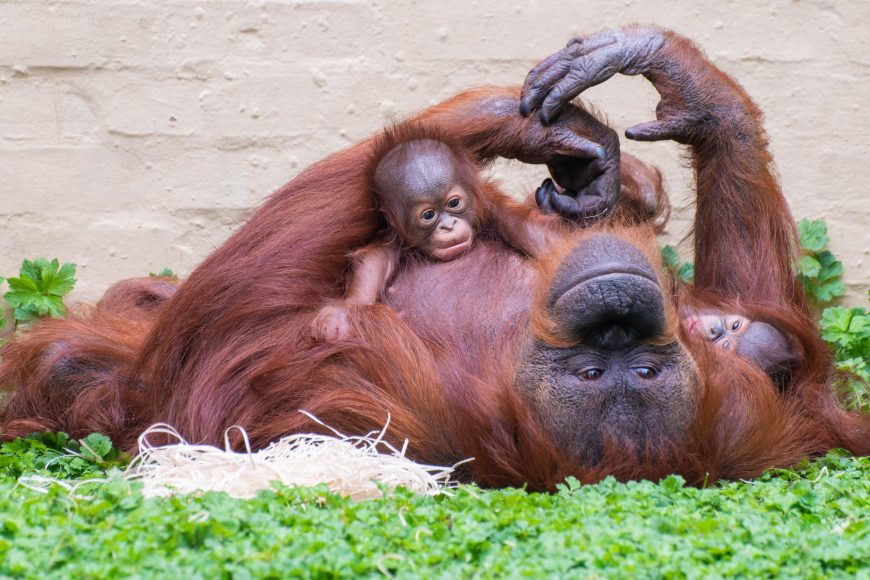 Jazz can therefore be seen nursing Sprout’s newborn alongside her own offspring, Jim, and keepers will continue to closely monitor both mums and babies.

Dad to both babies is Djimat, who arrived at DZC nine months-ago as part of a carefully managed European Endangered Species Programme (EEP).

Many thanks to DZC member Gary Pace for the photographs.