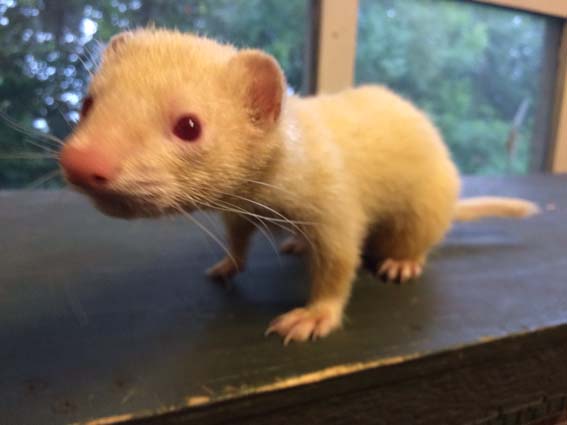 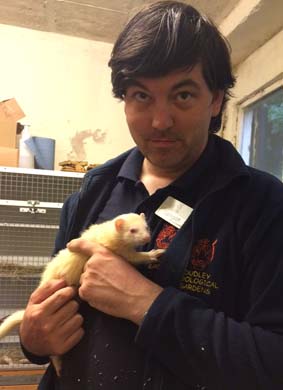 Jack, pictured above, and Rose, shown right with Presenter Langan Turner, were donated to us by Zoo Manager Matt Lewis’s dad Roger, who breeds ferrets.

Both ferrets, aged around a year old, are littermates and are apricot coloured with red eyes.

DZG Presenter Dorrie Hall said: “Our existing ferrets, Shadow, Smokie and Storm, who are now seven years old, were also donated by Matt’s dad when they were only four weeks old.

“They have captured all of the Discovery Centre staff’s hearts, especially the ferret-mad Amy but also Education Presenter Langan who has proved a surrogate parent to Jack!”

The pair will be trained by the presentation team over the next few months until they are ready to appear in our shows and education sessions.

A newborn ferret is small enough to fit on a teaspoon

A group of ferrets is called a business