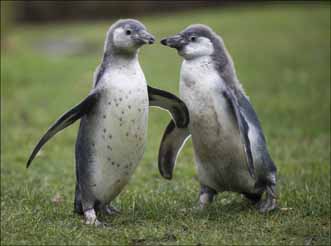 Back in 1991 we started out programme with just five hand reared chicks. Today our colony is more than 70-strong and one of the largest parent-reared groups in Europe.

Our conservation programme has also been recognised by BIAZA (British and Irish Association of Zoos and Aquariums) and gained an award for sustained breeding.

Humboldt penguins (Spehiscus Humboldti) are native to South America and named after the cold water current in which they swim. The species is vulnerable due to a declining population caused by over-fishing and habitat desctuction. 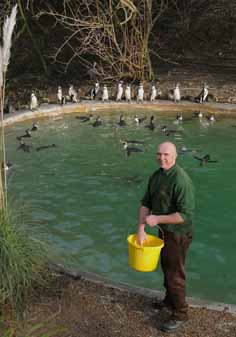 * Meanwhile progress continues apace at Penguin Bay, DZG’s exciting new walkthrough experience set to launch on May 6  the date the zoo opened to the public in 1937  as part of the site’s 75th anniversary celebrations. The rocks are in place, the viewing platforms have been constructed and the sand’s due to arrive this week – watch this space!