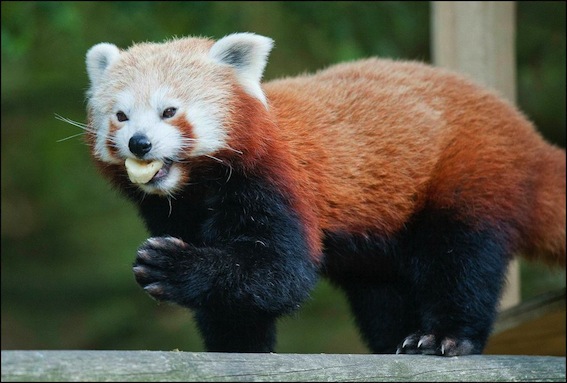 We’re helping raise awareness of the vulnerable species, which is facing ongoing threats in their native mountainous forests in the Himalayan region of East India, due to bamboo tree destruction and hunting for their bright red fur.

Known as the fire fox due to their coat colouring, red pandas are closely related to raccoons rather than pandas as their name suggests.

Ungulates Section Leader, Jay Haywood said: “Red pandas are shy animals and quite solitary, with adults only coming together to mate. They mainly eat bamboo, which we grow ourselves across the 40-acre zoo site and we also feed Yasmin and Yang pear, apple and banana, as well as panda cake, which we make using crushed insects and leaves.” 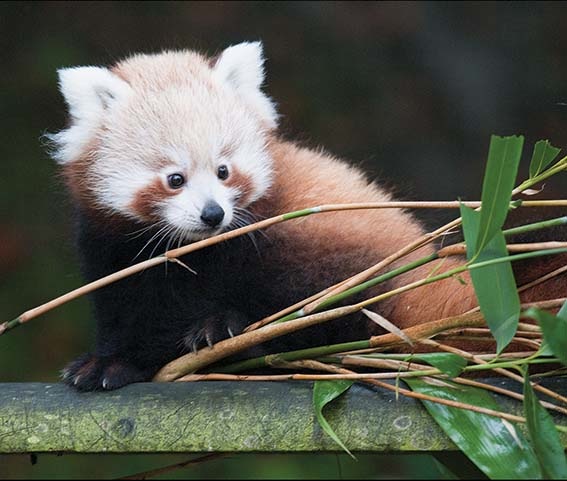 Due to their low-calorie diet they spend much of their days sleeping high in the trees in their enclosure, but become more active around feeding time at 2.15pm and late afternoon, which is the best time to see them.

Visitors can also access the viewing platform situated above their enclosure, by the Small Primate House, where nine-year-old Yasmin and 12-year-old Yang can often be spotted curled up in the treetops.

Throughout the weekend young visitors can find out more about these shy creatures from presentation staff in the Discovery Centre and also have the chance to make their own red panda masks.

In the past four years DZG has successfully bred three cubs as part of a major European conservation project for this species, which is ranked as vulnerable on the IUCN red data list.