It’s International Orangutan Day and DZG is highlighting the major threats to these charismatic creatures and raising funds to help. 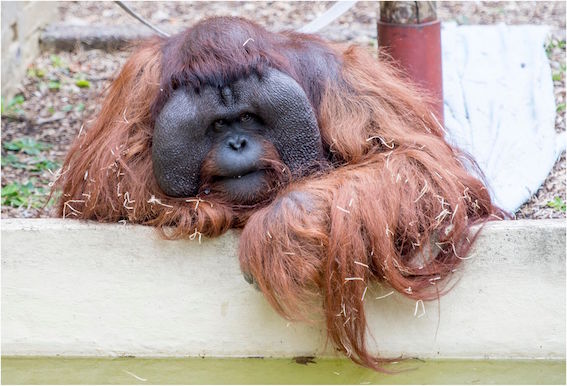 And the event is now even more important than ever after the magnificent species has been re-graded as CRITICALLY ENDANGERED on the IUCN Red List, with experts predicting a possible extinction for wild Bornean and Sumatran orangs within the next 20 YEARS.

Curator Richard Brown, said: “Over the last two decades orangutans have lost over 80 per cent of their habitat through deforestation at an extremely rapid rate, mainly due to palm oil plantations which is an ingredient used in lots of everyday items.

“Illegal poaching and hunting are also major factors for these beautiful great apes, whose existence is being pushed to the brink.

“It’s a dire situation and something has to be done now to prevent them from disappearing altogether from our planet.” 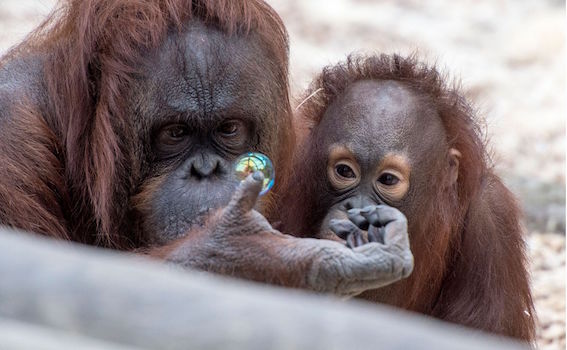 Visitors to DZG today are encouraged to find out more by taking a look at information boards in the Discovery Centre and by the orangutan enclosure.

And a one-off talk will be taking place at 1.30pm, when our loveable four  Benji, Jorong, Jazz and Sprout –  will be receiving specially made enrichment by our primate keepers, which depicts just some of the everyday palm oil products available on the shelves. 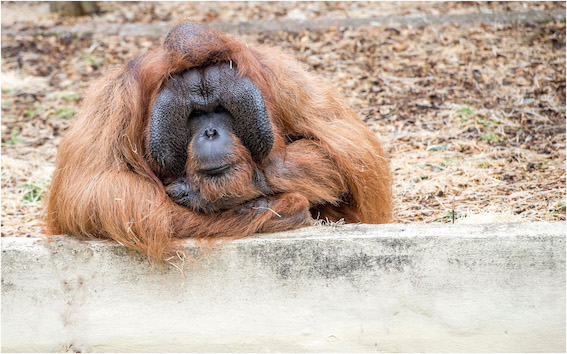 We’ll also be raising funds for the Orangutan Foundation, which is working to protect the orangs’ tropical forest habitat by raffling an on-the-day orangutan meet and greet with DZG’s orangs, which is suitable for over 15’s and we’ll be running a name the cuddly orangutan competition too.

The Orangutan Foundation is a registered UK charity works which with the local communities in Borneo and Sumatra and promotes research and education as well as safeguarding three areas of critical orangutan habitat in Borneo.

Previous: A birth to remember!
Next: Hello, baby!