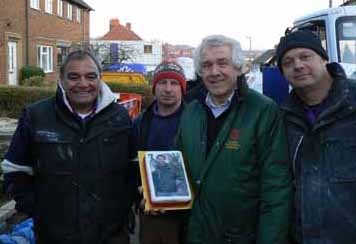 Nick and the building crew were involved in a revamp project for Joanne and Wayne Whitehouse of Lower Gornal, and came on site to film them at their favourite family venue and talk about the struggle they faced in finishing a much-needed extension to their house to create new bedrooms for children Katie, 21, Ginny, nine, and seven-year-old Jack, who suffer from Fragile X Syndrome.

The team filmed the Whitehouses saying hello to lemurs and rare Rothschild giraffes.

The meet and greet also provided us with a funny photograph of Nick which we used to decorate a cake and took it to the house to share with the builders  much to the amusement of the rest of the team! 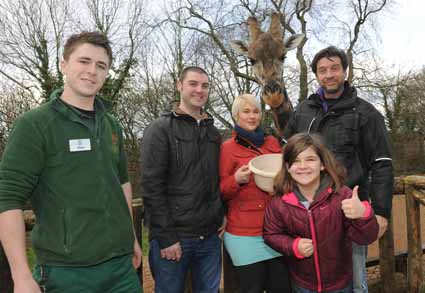 CEO, Peter Suddock, said: “The DIY SOS team and Whitehouse family had a great time on site. One of the images taken showed Nick with lots of lemurs hanging off his jacket so we used the photograph to decorate a cake and took it along to the property and shared it out among the builders and volunteers.

“They thought the shot was hilarious and really appreciated the cake.”

The programme is due to be screened in April. 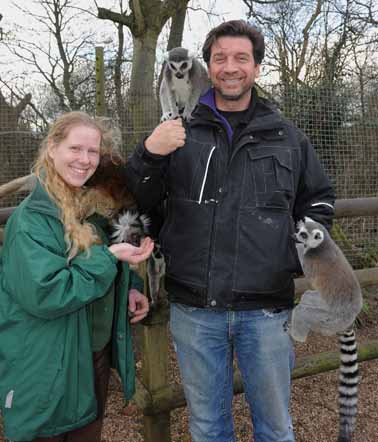