DZG are asking visitors and supporters to stand tall on World Giraffe Day today and discover more about these incredible and engandered creatures. 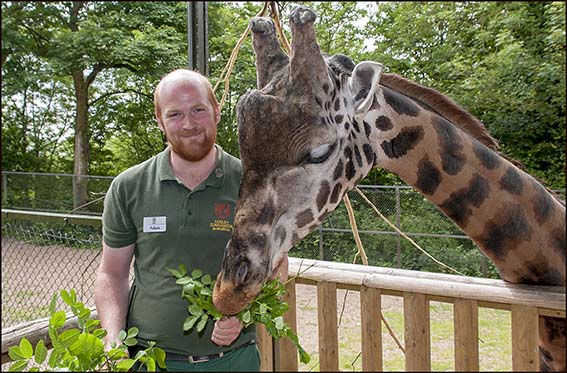 Throughout the day Presenters from our Discovery Centre will be stationed outside the Giraffe House to share information with visitors about giraffes and their sub species.

There will be a display of biofacts, including a giraffe skull and skins, to highlight the dangers the threatened creatures face in the wild.

Numbers have decreased due to hunting for meat, hides and tail-hair which is used to make bracelets, habitat loss due to over grazing, human expansion and desertification. 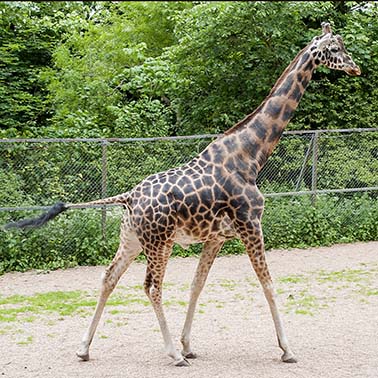 Section Leader Jay Haywood said DZG would be raising awareness and money to help protect giraffes in their natural habitat and celebrating the conservation work done by zoos.

He said: Giraffes have become extinct in 10 African countries in the last decade.

And one of the nine sub species  the West African or Nigerian giraffe – is critically endangered with less than 300 remaining.

Today, zoos and wildlife parks around the world will be doing all we can to raise awareness and funds for the work done by the charity, Giraffe Conservation Foundation.

We are also celebrating the conservation role we play with our Rothschilds giraffe, Kubwa, (pictured left), and other giraffes Mia, Josie and little Kito.

Collection boxes will be placed at the chairlift, at the face painting hut by the Queen Mary Restaurant and in the Safari Gift Shop where staff, including Customer Services Team Member Gavin Maybury pictured below, have put together a display of giraffe souvenirs. 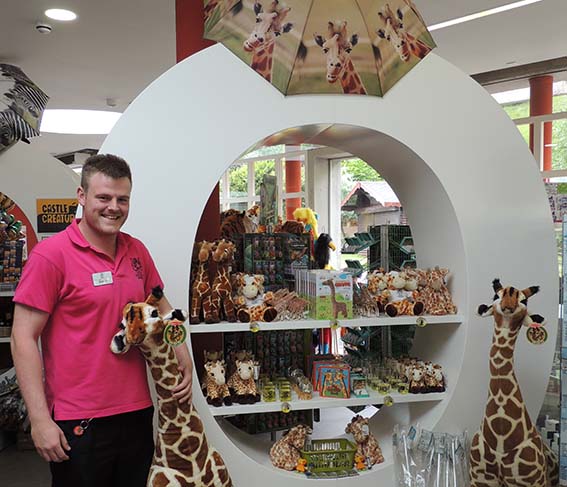 Rothschilds giraffes are the fourth rarest species in the world and are named after naturalist, Lord Walter Rothschild. They are also known as Baringo giraffes after the Lake Baringo area of Kenya.

They are easily identified by the colouring of their coat, which is made up of ragged brown patches separated by lighter creamier-coloured hair, with no markings to the lower leg.

World Giraffe Day is an exciting initiative of the Giraffe Conservation Foundation (GCF) to celebrate the longest?necked animal on the longest day or night (depending on which hemisphere you live!) of the year  21 June  every year! Not only is it a worldwide celebration of these much loved animals, but an annual event to raise awareness and shed light on the challenges they face in the wild. By supporting World Giraffe Day you can help to support giraffe conservation efforts in the wild that will ultimately help to secure the future of this amazing creature in Africa. With only less than 80,000 giraffe remaining in the wild, the time is right to act NOW!

Previous: The weight is over
Next: A week to get clicking!