Its official our baby Lar gibbon is a boy – and has been named Indah, meaning beautiful. 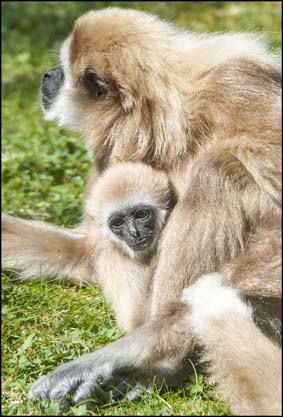 The youngster, pictured right, was born almost four months ago but DZG Upper Primates Keepers havent been able to get close enough to determine the sex until now.

Indah has spent his first months clinging closely to mum Meo and has only recently started coming away from her, allowing Keepers to discover we have a baby boy.

Section Leader Pat Stevens said: Indah is doing very well and has just started coming off Meo, but still sits next to her.

His sister Penny has started to play with her baby brother too. We saw her give him a playful little tap and run away.

Indah was born on January 16 to mum Meo and dad Huggy and is starting to get on well with his three-year-old sister, Penny.

Upper Primates Senior Keeper Sophie Dugmore came up with his lovely name  which is Indonesian for beautiful.

An endangered species, Lar gibbons originate from south-east Asia, including Thailand, Myanmar and China, where their habitat is threatened by hunting, deforestation and commercial plantations of palm oil. 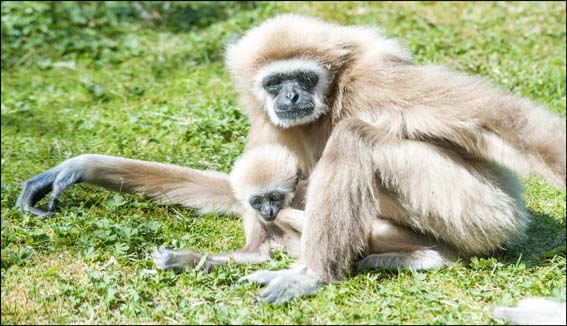 ABOVE: Indah gets set to explore after beginning to leave his mum Meo’s side

Previous: Beans and blooms for chimps
Next: Princesses and pirates ahoy!