Love could be in the air in the sealion pool after keepers introduced Oba to our three girls! 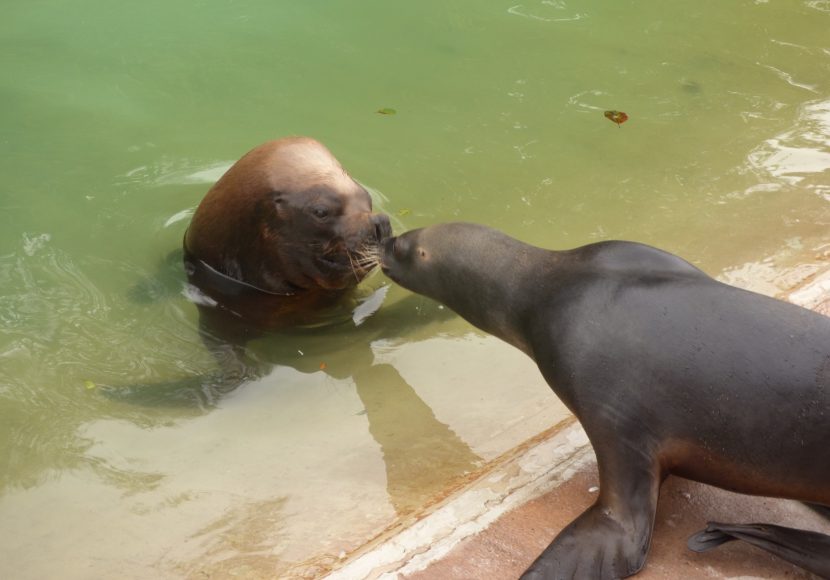 And the 16 year-old Patagonian heavyweight took an instant liking to 19 year-old Tania, who soon puckered up for a kiss!

Keeper Adam Wrench, said: “We started the introduction yesterday, which went very well and today’s meeting has been even better.

“Oba has been separated from females for a long time, so he was quite excited to see the girls.”

And it was Tania who was the most inquisitive out of the three to cross over into his pool.

Adam added: “He greeted her straight away and began following her around the pool, making happy vocalisation noises.

“We limited the meeting yesterday and separated them after a while, but Tania instantly tried to get back in as soon as we shut the gate behind her and at one point was trying to force it open herself, so things look like they’re going swimmingly!”

Previous: From drug house to bug house!
Next: Our amazing Asiatic black bear!