The youngster, born April 17, will remain off show for the next few weeks, but keepers are delighted with his progress.   Head of Media and Communications, Jill Hitchman, said: “Makalu is making excellent progress and we hope he will be out in the external enclosure within the next two or three weeks. His weight gain is steady; at four weeks he weighed in at 2.1kg and keepers reckon he’s now around 2.5kg.   “He is staying within the two internal enclosures to bond with mum, but he is gaining confidence daily and big cat staff are delighted with him.”   The cub is named after one of the world’s highest mountains, within the Himalayan range, bordering Nepal and China, where the species originates.   Meanwhile mum, Nanga, marked her fifth birthday on Thursday, and dad, Margaash, turns four on June 1.   Jill added: “With Makalu’s arrival and his parents’ birthdays, there really is cause for celebration over at snow leopards.” 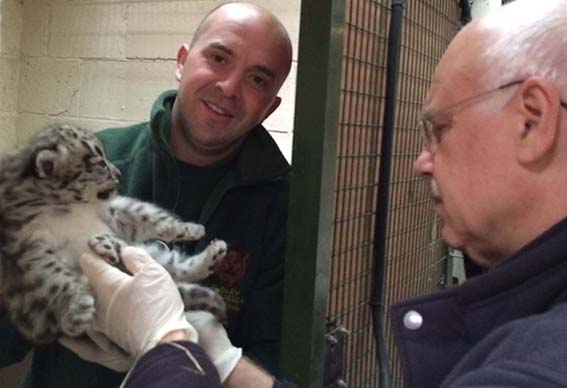 Previous: Tall order for newlyweds!
Next: Simon attempts a selfie!