Primate keepers are hoping a recently-introduced female will prompt breeding among a group of critically endangered primates. 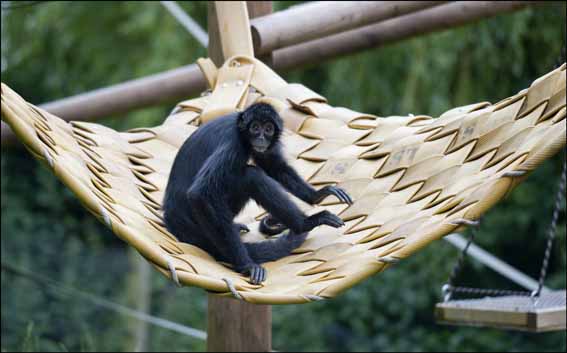 Five-year-old spider monkey, Delilah, has joined male, Goochi and females Zula and Valentine as part of an international conservation programme for this endangered species.

Curator Matt Lewis said:?”This year spider monkeys have sadly been upgraded on the International Union for the Conservation of Nature’s (IUCN) Red List of Threatened Species and are now considered to be critically endangered.

“This means that they face a very real threat of extinction.”   He added:?”The introduction of Delilah into the group has gone really well. The monkeys have all been eating together and grooming each other.   “We have had one male and two females in the group for the past seven years, and the arrival of a third female could really help the group to get going.”   Spider monkeys originate in the rainforests of Central and South America. Their powerful tails are used as an extra limb, enabling them to hang upside-down with four legs and the tail holding branches, which gives a spider-like appearance.    They are heavily hunted in the wild, but the biggest threat they face is deforestation. 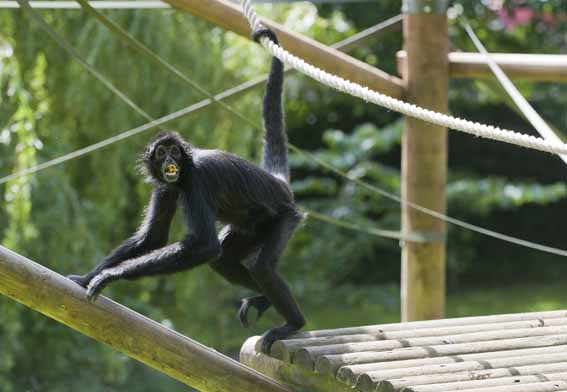 CAPTION:?Five-year-old Delilah has joined DZG’s trio of spider monkeys via an international conservation programme for this highly endangered species.

Previous: 13 and counting!
Next: I’ve had enough!