It’s a week of welcomes! Say hello to Connie! 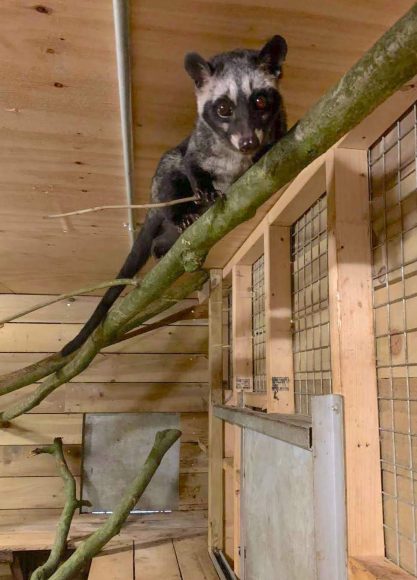 Connie is an Asian palm civet, who has transferred to DZC from Askham Bryan Wildlife and Conservation Park in York as part of a conservation programme and she forms a brand-new mixed exhibit with fellow Asian species, our two binturongs, Ellie and Elliot.

She arrived shortly before lockdown and has spent the last few months being gradually introduced to the binturong – and they’ve all become firm friends!

Asian palm civets feature as one of three in-situ conservation projects in our visitor gift aid vote, where we invite all guests who add the voluntary 10 per cent gift aid donation to their admission to help us choose where we split £12,000 at the end of the year.

The civet project – Saving Vietnam’s wildlife – works to rescue and rehabilitate the species, who are taken for bush meat and the pet trade, as well as for their use in creating the world’s most expensive coffee.

Civets eat the cherries, but can’t digest the beans, which are fermented in the intestines and passed whole but have been found to produce an aromatic coffee.

However, as a result of the taste, wild civets are being poached and caged where they are force fed coffee cherries to produce large quantities of the beans. 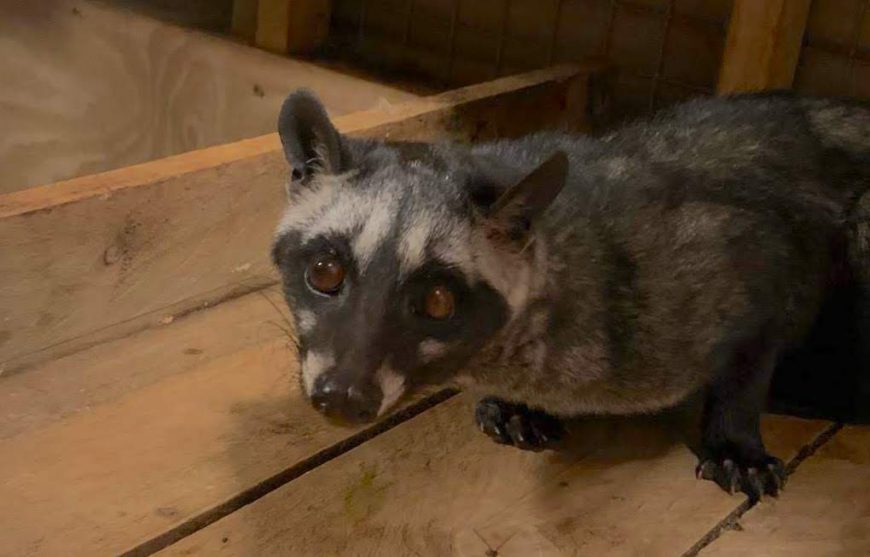