A Birmingham-based football club nicknamed the Bears has adopted our wonderful black bear Inca as the team mascot. 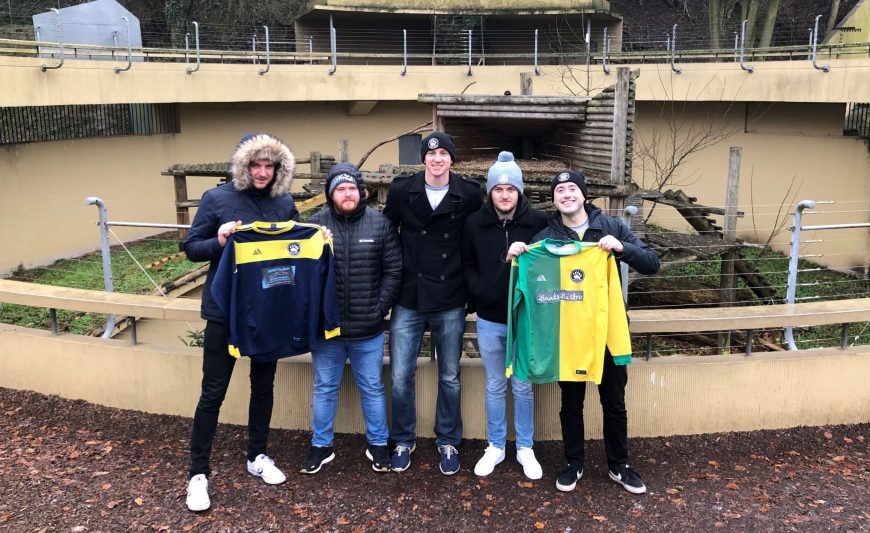 Shire Oak Bears’ player/manager Matt Lloyd (pictured far right), his team mates and their relatives have all just visited their fellow bear for the club’s first ever family day out – and Inca put in an appearance too! 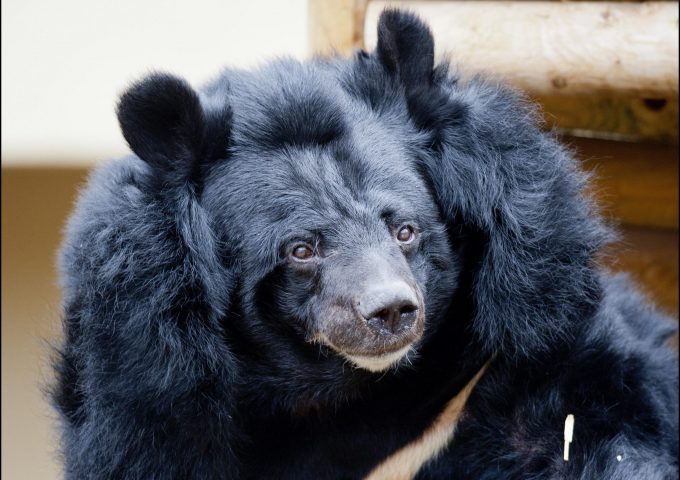 The men’s 11-a-side team, based in Birmingham and Walsall, plays in the Birmingham Festival Premier League and has just renewed its adoption of our amazing Asiatic black bear.

The 38-year-old female – thought to be the oldest bear of her kind in the world – is now in semi-hibernation during the winter months but she delighted her sporty adopters during their visit.

Matt said: “It was fantastic to hold our first ever club family day at Dudley Zoo.

“The lads all brought their families along to enjoy the day and the occasion was only made more special when we were treated to a rare mid-hibernation appearance of Inca herself.

“Everyone at club likes to keep up to date with how Inca is getting on and we are proud to count her as one of our own.”

This is the second year the club has adopted Inca and Matt has previously adopted her personally as well.

Thanks for your support lads!