Our annual census is well underway and creatures great and small are being counted across the zoo’s 40-acre site. 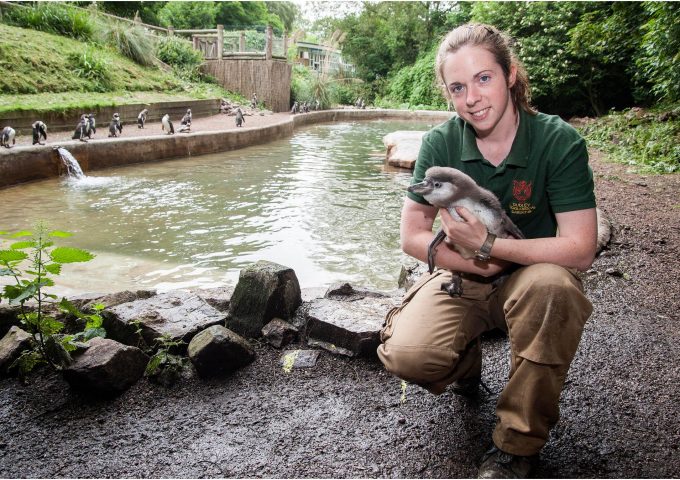 For most species it’s a simple matter of a quick head count, but bird keepers came up with inventive colour-coded strips to help identify individual Humboldt penguins in our colony – one of the biggest in Europe. 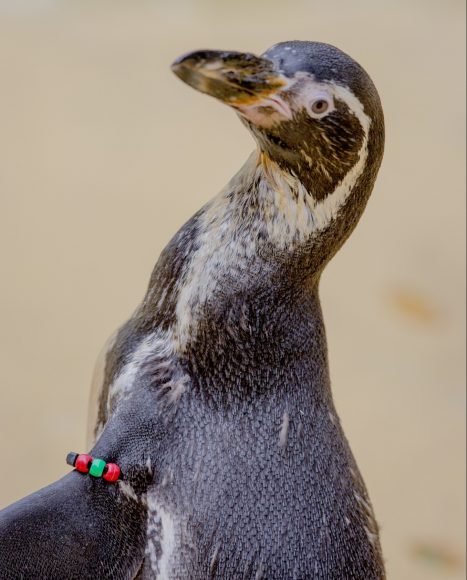 Section Leader, Nicola Wright said: “We usually use coded stainless steel flipper bands, which became unavailable, so I needed to come up with a solution to help us identify any juveniles and officially record them on the zoo database.

“After researching different methods, I decided on a cable tie threaded with coloured plastic beads, with each colour representing a different number.

“That unique number code remains with the bird throughout its life and helps us keep track of its behaviour, diet and health.

“We attached the cable tie by simply threading it around their flipper and so far, they’re doing the job and we can easily spot them from a distance.” 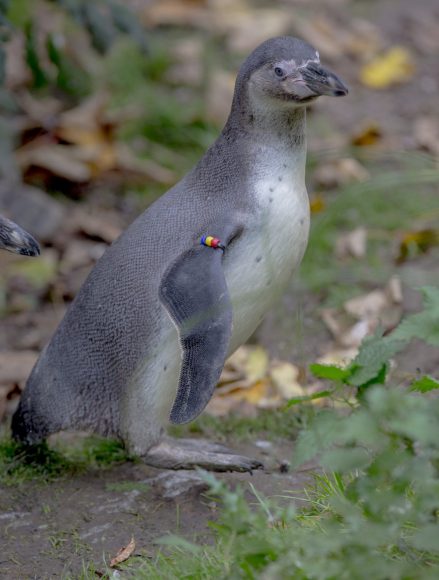 As well as the bands, the penguins also all need to be microchipped as part of the official registration process and that involves catching every bird in Penguin Bay and double-checking their details are on record – not an easy process when the majority of the black and white birds look the same!

Nicola added: “It was a whole team effort that took around four hours to complete.

“It’s quite a tricky task to round them all up. It’s not so bad if they’re in their nesting boxes as they’re easy to retrieve from there, but some of them burrow under the boxes and it’s not so fun sticking your hand into a dark hole not knowing if there’s a razor sharp beak coming your way!”

The task was completed on pool cleaning day, so keepers could corral the birds together in the empty pool, which they couldn’t get out of by themselves.

Nicola said: “As it’s quite deep, they couldn’t jump out so we were able to go through them one-by-one and scan them.

“If their chip registered then we got them out of the pool, if not, we microchipped them there and then in the scruff of their neck and gave them a flipper bead band.

“It’s quite a lengthy process, but we have to do it at least once a year as part of the zoo’s census requirements so we know exactly how many penguins we have.

“This year we’ve counted 85 in total and chipped and banded eight youngsters, which is great news!”

Previous: A unique wedding venue!
Next: Recycling the decorations!