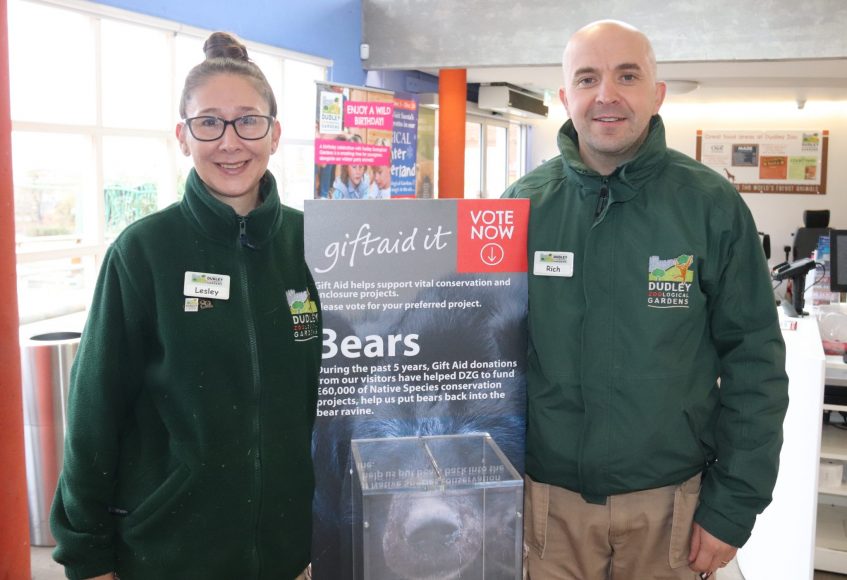 The pair attended the Bear Husbandry Workshop at Chester Zoo last month to get ready for the possible reintroduction of European brown bears, should the project win our visitor vote.

The £250,000 scheme to reinstate bears into the restored Bear Ravine, alongside new dens and climbing frames, is one of the options visitors who make Gift Aid donations can select in the successful token voting system operating in the Safari Shop.

All visitors who add the ten per cent voluntary donation to their entrance fee are given a token to opt for one of three major development projects, involving either bears, chimpanzees or orangutans, before the December 31 deadline.

Richard said: “The three-day workshop covered all aspects of captive bear husbandry, behaviour and welfare and I was particularly interested in the discussions on enclosure design.

“I’ve worked with several species of bear and Lesley has a lot of experience with bears so it was great to make new contacts which I’m sure will be extremely useful for our future plans.

“The bear project is currently in the lead with our visitors and, should it receive the highest number of tokens by the end of the year, is planned for April 2020.”

Richard and Lesley were among 40 delegates who attended the workshop from UK and European collections. The event also included a behind-the-scenes tour.