DZG’s primates have a tasty way of staying cool in hot weather  as Central ITV News discovered when they visited yesterday! 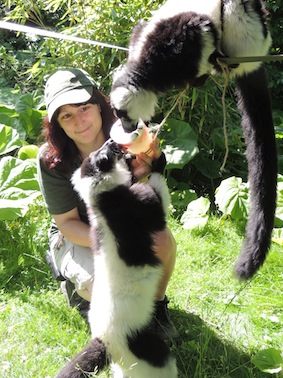 When the temperature soars, keepers get creative making icy treats out of the animals’ favourite foods.

The boys in Lemur Wood couldn’t wait to get their hands and tongues on the lollies which were packed full of fruity fresh goodness, including watermelon, strawberries, bananas and apples, all frozen together in ice cold water.

Head of Upper Primates, Pat Stevens, said: “All the primates on the section get the lolly treats when it’s hot, so when we’ve had weather like we have over the last few days you can imagine how many lollies we’ve been making.

“They are all healthy lollies and just contain the same fruit they would eat normally although we also add in a multivitamin as well to give them an extra boost.

“For some of the primates we hang the lollies on string, for others we just throw them on the top of the enclosure and let them drip through.

“Either way, they have to act fast to taste them before they melt, but they all love having a go.” 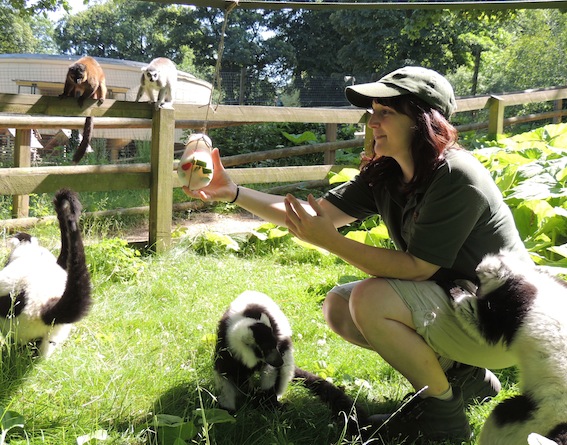 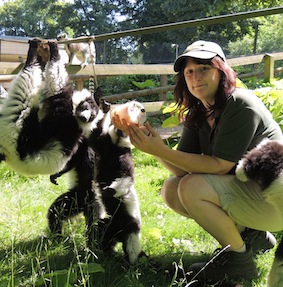 The black and white lemurs soon set on the frozen lolly 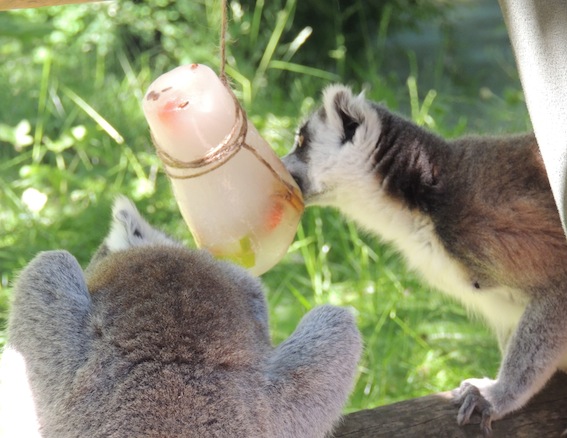