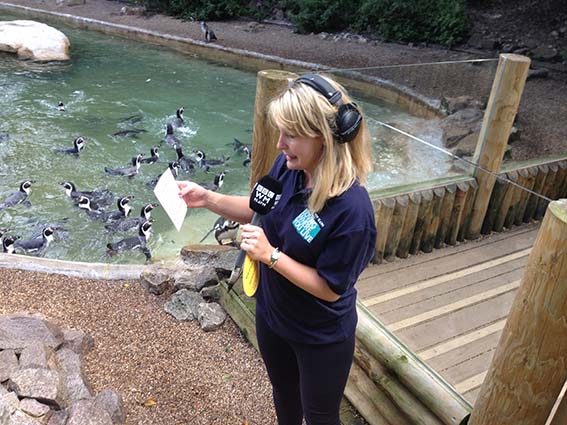 Michelle had five clues to solve in three hours to track down one person in the Black Country and Birmingham – and her second tip took her from Sandwell with “royalty used to hang round these bars; it could be fishy p.p.picking up this clue” to our very own Penguin Bay, home to 66 Humboldt penguins where we’d hidden her ‘treasure’ in a bucket of sprats! 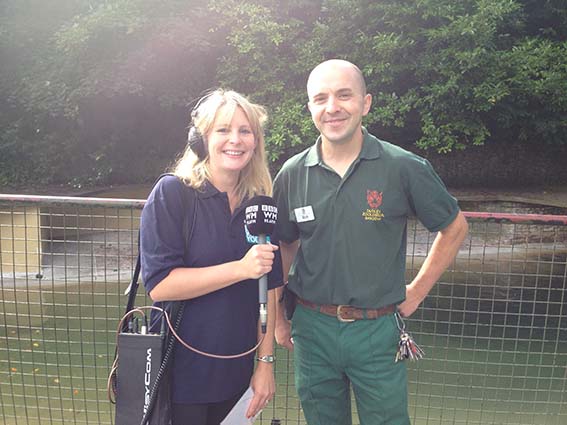 Assistant Curator Richard Brown led Michelle to the breakfast bucket where she delved deep into the line-caught sprats to find the clue which led her  after much searching  to Wombourne! 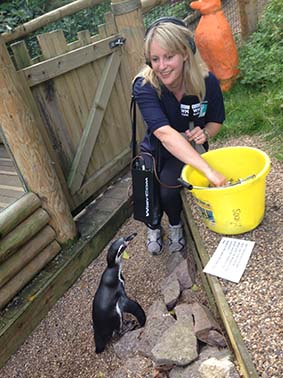 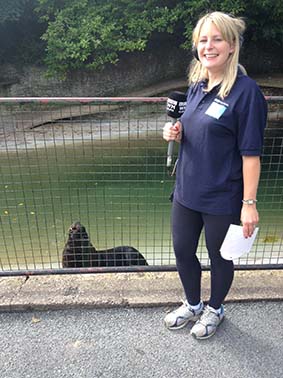 But before she headed off site she found time to say feed a few Humboldts and say hello to Patagonian sealion, Orry, who Breakfast Show host and Hunted presenter, Peter Morgan, adopted earlier this month when BBC WM broacast live from DZG! 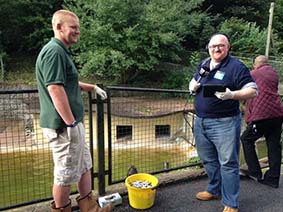 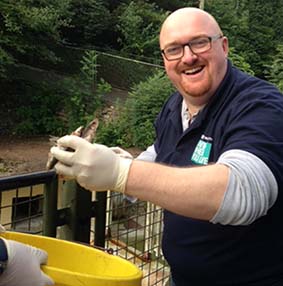 catch the show on iplayer http://www.bbc.co.uk/programmes/p01dql63#programme-broadcasts

Previous: Camel post is up to scratch
Next: Visitors aplenty at Tipton Family Fun Day