We had a fab Bank Holiday Monday with more than 3,750 visitors on site! 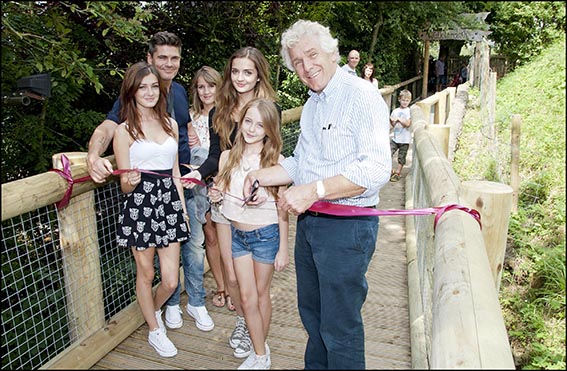 And we also saw this year’s 200,000th visitor officially open Humboldt Highway, a new £30,000 high-level timber walkway linking Penguin Bay and the upper road adjacent to the recently-refurbished Reptile House.   CEO Peter Suddock, said: “We had a great day with lots of visitors enjoying the animals and sunshine and a fantastic atmosphere across the whole site.   “We were delighted when our 200,000th visitor accepted the invitation to officially open Humboldt Highway which has replaced a set of very steep 1937 steps and will provide easy access for visitors, particularly parents with children in buggies.”   Shropshire family, Karl and Sharon Young and their daughters, Mia, aged 15, Ruby, 14, and eleven-year-old Matilda, of Claverley, cut the ribbon across the walkway with CEO Peter Suddock  pictured above  before enjoying their day at the zoo, complete with a complimentary adoption pack for a rare Humboldt penguin as a thank you from zoo staff. 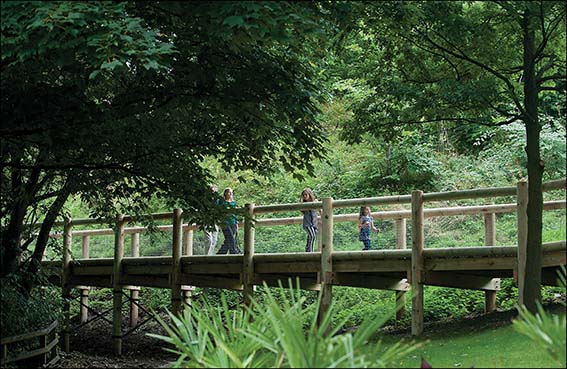 Mr Suddock added: “The walkway is part of our ongoing developments which have already seen more than three quarters of a million pounds spent on site in the past 18 months.

“Our future’s looking incredibly good with major programmes beginning next month; these are exciting times for DZG.” 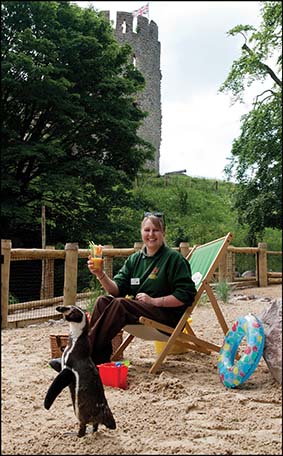 *  £7,000 refurbishment and extension to triple aviaries launched May 2013

*  Baboons on the Bank a £20,000 enclosure for Gelada baboons adjacent to chairlift opened August 2013