Our group of black howler monkeys are busy exploring their new home after relocating into the Triple Tecton. 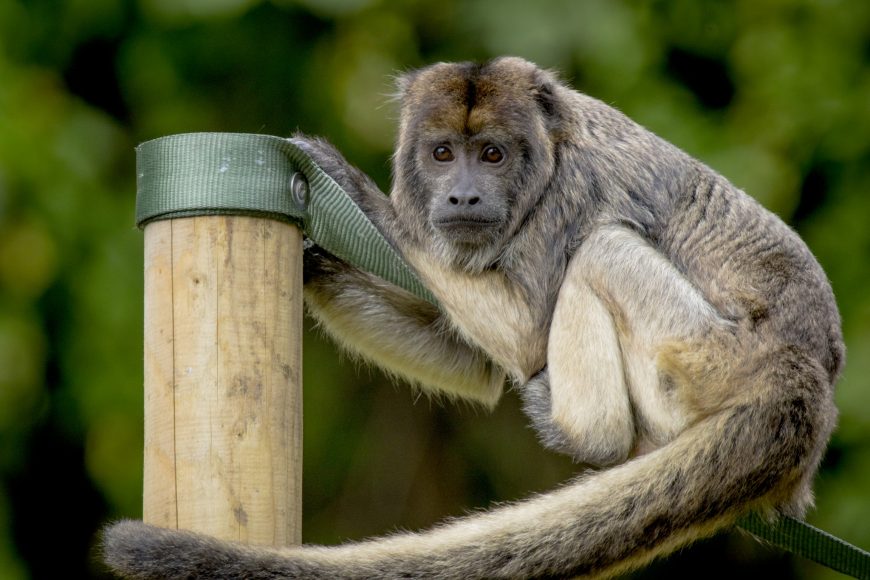 Keepers moved the family of six into the enclosure next to Inca the bear, from the Small Primate House and the monkeys are loving the extra facilities!

Curator Richard Brown, said: “Howler monkeys are an arboreal species and rarely venture to the ground instead spending most of their time in the treetops.

“Our in-house development team worked alongside keepers to build a new indoor den outside of the enclosure, which we linked together with a rope ladder, before we extended the climbing frame in the enclosure, adding much more height and platforms, as well as climbing ropes and webbing to give them a much-more natural feel and they’re certainly making use of it which is great to see.” 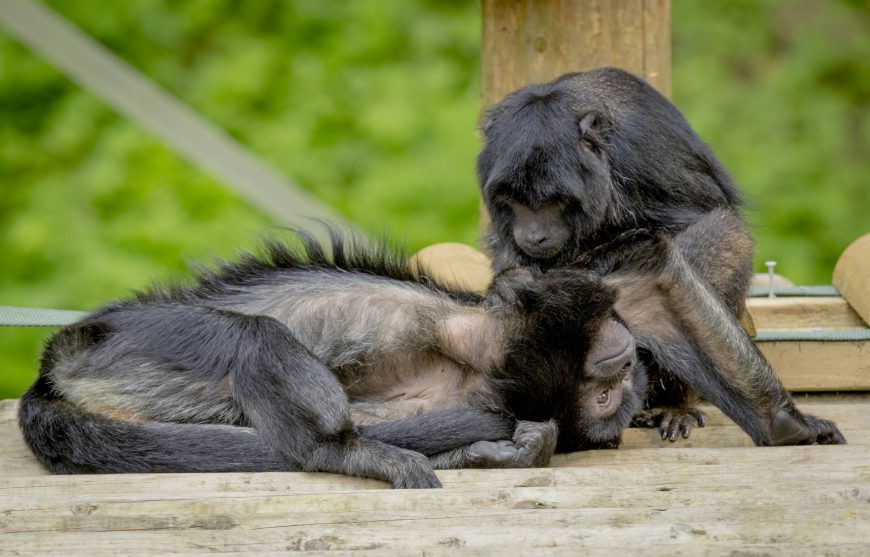 And after spending a few days getting used to their new indoor den, it was eldest son, Arie, who took the first steps out into the new enclosure before dad, Dargie also came out to explore. 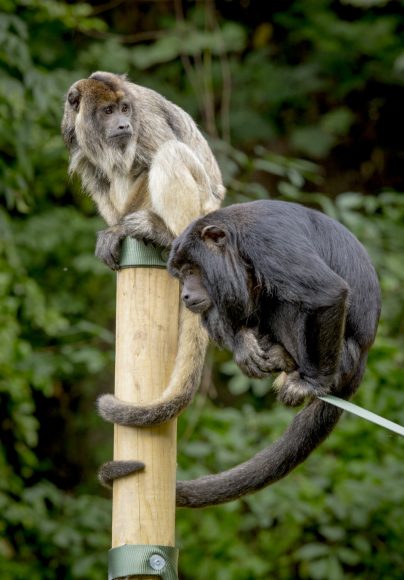 Richard added: “The howlers have settled into their new enclosure really quickly, so we’re very pleased with the move.

“They’re having to get used to a few new noises that they didn’t hear at the Small Primate House, such as the land train going up and down the hill and the laughing kookaburras who are located opposite them took them by surprise at first too!

Watch the howlers in action in the video below…