Our five wild dogs are settling into DZG life and keepers are getting to grips with recognising each individual. 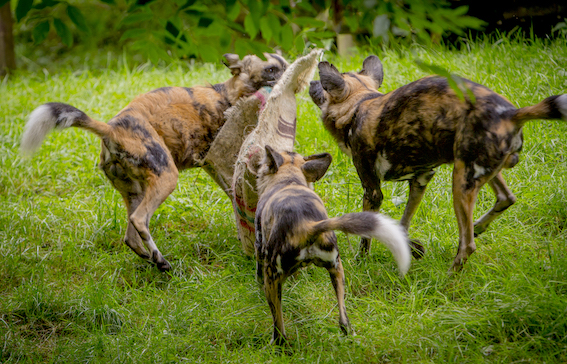 The siblings  seven-year-old female, Subira and her six year-old brothers Gamba., Ochi, Azizi and Diallo  relocated to the Midlands from Chester Zoo in June.

Section Leader, Jay Haywood, said: “We’re now beginning to recognise who’s who. Thankfully they came with their own ID sheets, which we can refer to, but each one has their own individual markings, so it is getting easier.

“They’re fabulous dogs and have settled really well and are really lively in the paddock, especially when we throw in some enrichment sacks for them, so they’re proving very popular with visitors.”

DIALLO is the alpha male  he’s stockier than the others, but check out his stripy tail! 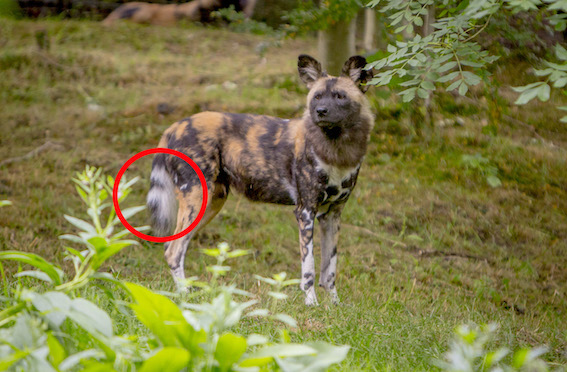 AZIZI has a diagonal stripe on his tail and a large white mark on his left rump, as well as white splodges on his neck and armpit. 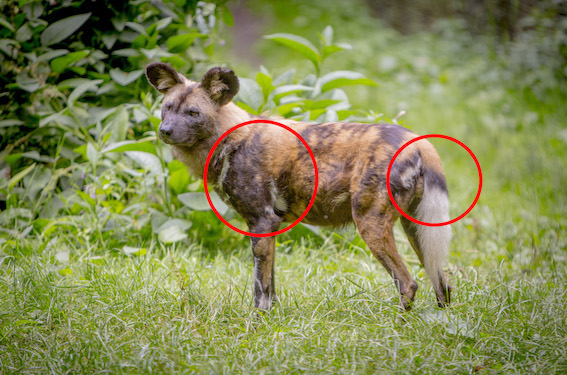 OCHI has a white 7′ on his left rear flank. 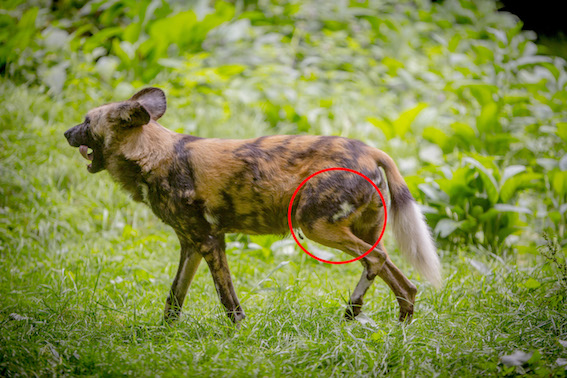 GAMBA has a black right shoulder with white stripe and two dots, plus predominately tan back legs. 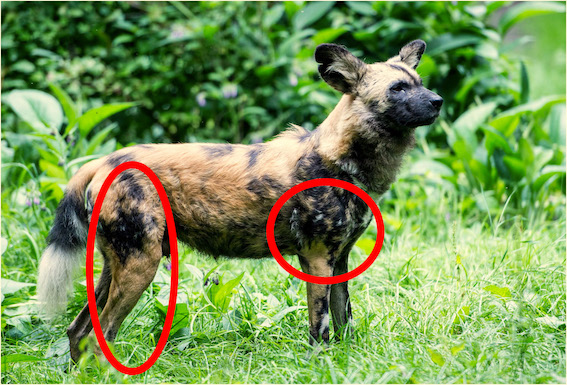 SUBIRA is the only female in the pack, so apart from the obvious difference, she has a thicker black band on her tail, plus a white arrow shaped marking on her left flank. 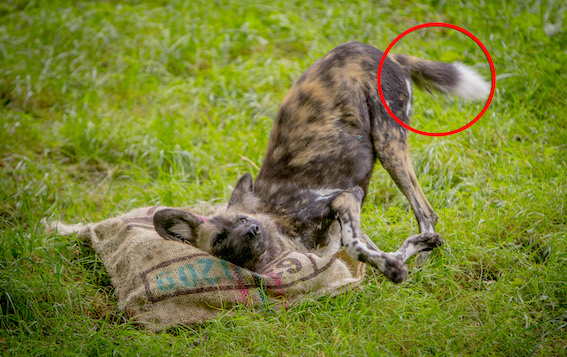 And we’ll soon be adding new signage to the enclosure with all this information to help visitors identify the pack members on the spot!

Previous: £500 for orangs
Next: Davy does it again!