Bird keepers were called to p.p.pick up a baby penguin when it decided to venture out of Penguin Bay and head for the Go Wild! Show. 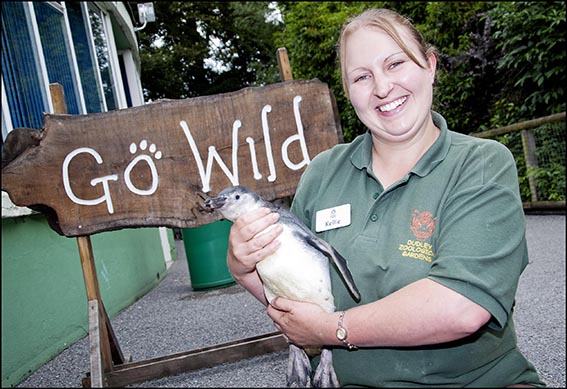 The juvenile Humboldt was spotted by DZG Presenter Langan Turner waiting patiently outside the theatre door before the zoo opened to visitors for the day.

Langan said: “It was quite a surprise to find the penguin there, we’re used to finding peacocks outside the door, but never a penguin and I had to remind him that he would have a long wait for the show to start later that afternoon.”

Luckily the chick wasn’t too far from its Penguin Bay home and was quickly ushered back to the poolside colony by Head of Birds, Kellie Piper. 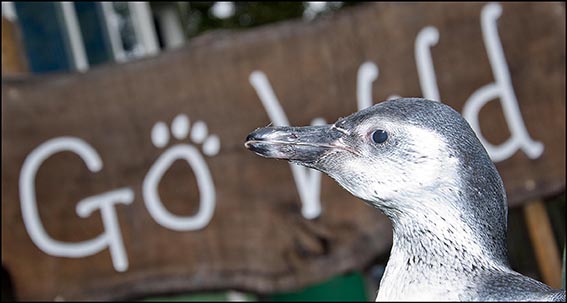 Kellie said: “We hadn’t yet named the chick, so we’ve now christened him Houdini as we’re baffled as to how he got there. We’re going to have to keep a close eye on him from now on.”