When it came to pool cleaning duties, DZG’s Carpathian lynx preferred to turn it into a tug-of-war game, much to the amusement of big cat keepers. 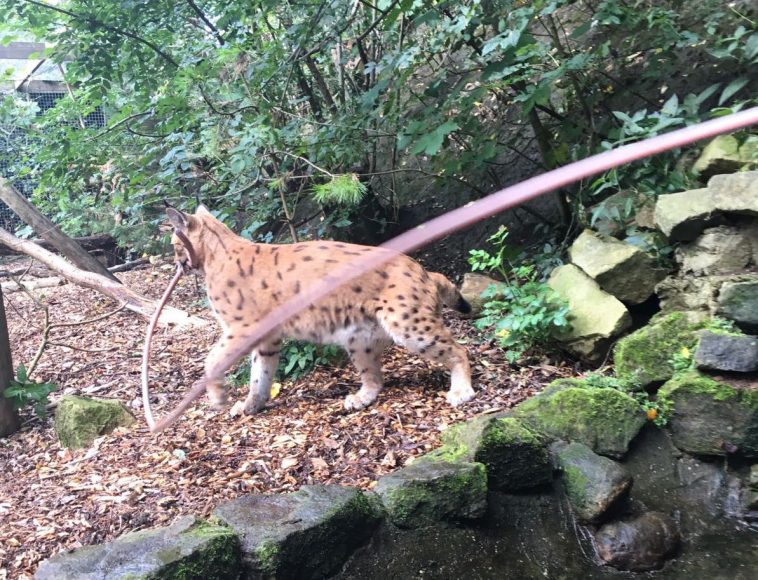 As Senior Keeper Sam Grove began filling up the pool in the enclosure with water, cheeky 20-month-old Dakota, decided it would be much more fun to play with the hose pipe instead! 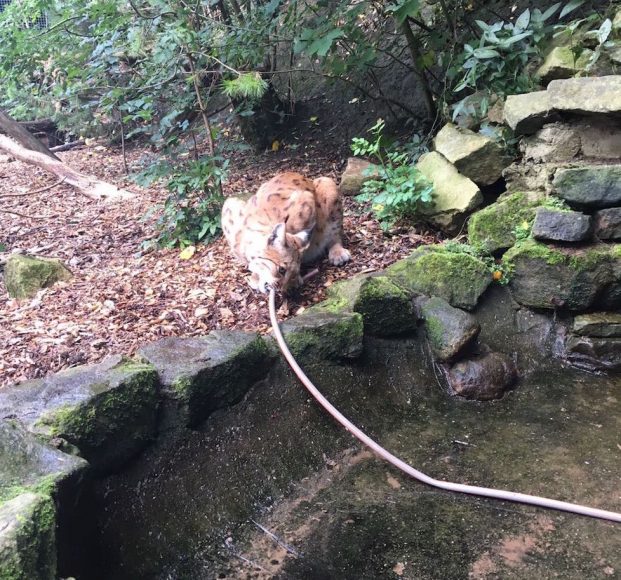 Sam said: “The hose was in the pool when Dakota suddenly appeared, grabbed the end of it in his mouth and started to pull it away!

“Just like a domestic cat would play with a piece of string, Dakota was doing exactly the same and I ended up playing tug of war with him to try and get the hose back out the enclosure!

“I had to give in and let him win though as mum and dad, Daisy and Dave, appeared to join in and it soon became three against one.”

Previous: Opening waterfowl views
Next: Bush dogs are back!