Thirty students from Eastfield Primary School, in Wolverhampton, got a taste of medieval life during a Horrible History lesson and tour of Dudley Castle. 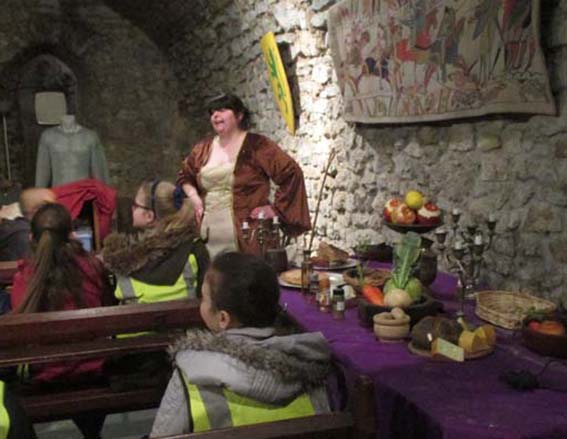 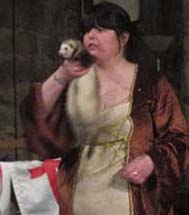 Presentation Assistant Amy Hickman (pictured above and right) led the workshop in the Undercroft – the former medieval chapel  and focused on what it would have been like to live in a castle.

She said: “I explained to the children that they really wouldn’t have wanted to live in a castle as it was dark, cold, damp, smelly and noisy.

“They also discovered what diets in the castle would have been like, the poor actually having a rather good diet of vegetables and brown bread, whereas the rich would eat white bread and mainly meat.”

Students were introduced to a ferret, a species used to hunt out rabbits, and a brown rat who helped Amy explain about the bubonic plague. 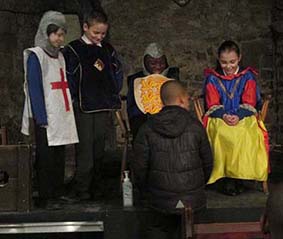 The interactive session also saw pupils dress up as the Baron of Dudley and Lady Dudley (shown below) and order pretend punishments for their classmates’ crimes’.

On the castle tour, led by Presenter Dorrie Hall, pupils learned about the history of Dudley Castle and were shown a model of how it looked like when it was built in 1070.

They also got to see the Drummer Boy Archway, built in 1575 for a very important visitor to Dudley Castle – Queen Elizabeth I!

Dorrie said: “The class went into the servery and buttery and were surprised to learn that they would have been drinking beer and wine for breakfast and not water like they thought!”