The first of our owl and kestrel nesting boxes have arrived on site – and it’s all thanks to the generous visitors to our August Bank Holiday Raptor Day celebrations. 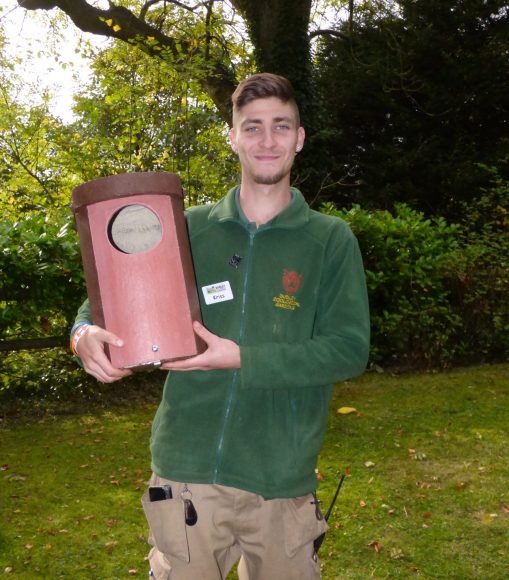 During the summer holiday fundraiser, where you helped us raise a whopping £869.95, bird keepers spoke to visitors about the plight of British birds of prey including barn and tawny owls and kestrels, who typically suffer in winter months.

Bird Keeper, Kriss Pearson, pictured right,  said: “The UK’s cold and wet weather prevents our native bird of prey species from nesting and hunting and many die of starvation as the weather also impacts the vole population, which is their main source of food.

“We were delighted with the amount of money we raised from the day, which has enabled us to purchase specific kestrel, tawny and barn owl nesting boxes to install around the zoo’s 40-acre site, which will hopefully provide them with safe and warm shelters during the coming season.”

So far, we’ve received the kestrel and tawny owl boxes, which will be installed in areas around the ancient wooded site where the birds have been spotted, including the vintage chairlift, at the back of the giraffe paddock and Harry Hatch’s cottage.

During the event in the 11th century castle courtyard back in August – pictured below –  visitors were able to see and learn about a number of our birds of prey, which included harris hawks, a red-footed falcon, common buzzard and a Northern white-faced owl.

The money was raised through bird themed games including guess the name of the cuddly owl and guess the number of feathers in a jar. Plus we also added the funds raised from the Bank Holiday’s nectar pot sales in Lorikeet Lookout to boost the final total. 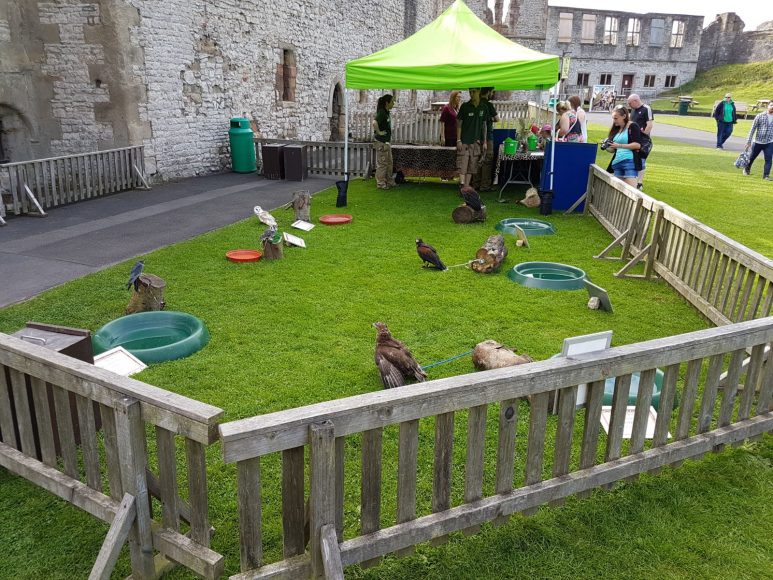