DZG’s gardeners are busy preparing the 40-acre site for our Easter holiday visitors.

Head Gardener, Carl Stevens, said: “We’ve been cutting back shrubs around animal enclosures to open up viewing opportunities for visitors, so they can get a clearer view of some of the rarest animals in the world.”

But nothing’s going to waste as the team hired a woodchipper to mulch the branches and have added it into the flower beds around the site, topped up animal enclosure substrates as well as using it as a new soft floor covering for the children’s wooden obstacle course opposite the Tecton Safari Shop. 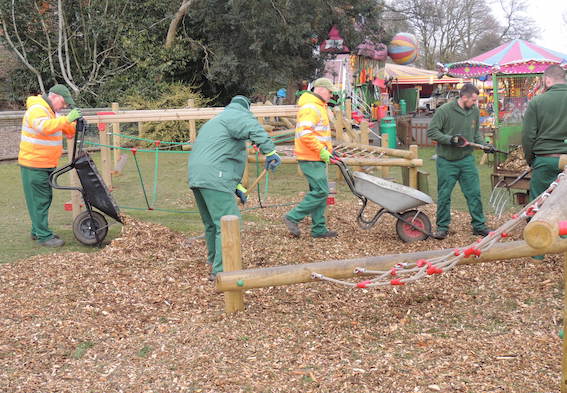 TREE WORK AHEAD OF MACAQUE MOVE 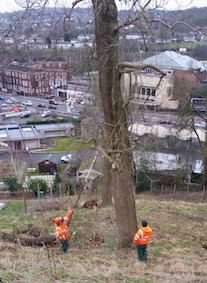 The gardeners have also been carrying out tree maintenance to the hilly bank set to become the new home for our Sulawesi crested macaques from today!

The team had to prune the lower branches of an ash tree, using extendable pole pruners.

Gardener Anthony Gwilt, said: “The branches were about eight to nine foot from the ground. We needed to cut them off as they were overhanging the electric fencing of the new enclosure boundary.

“The macaques will be able to climb the tree, but now can’t find potential ways of getting out as the tree isn’t near any others.”

TURF WORK AHEAD OF FLAMINGO FALLS

The team have also been busy relaying turf in Flamingo Falls ahead of Saturday’s grand opening. 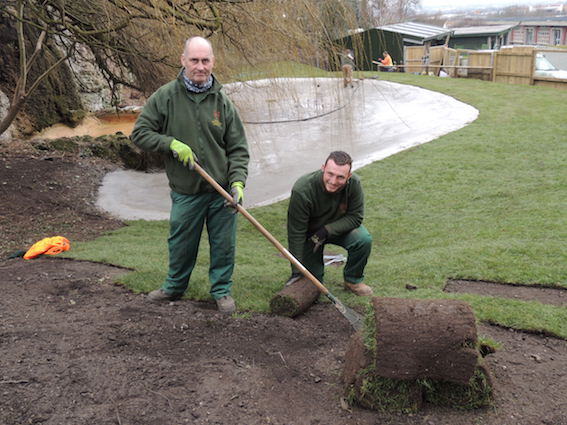 Around 800 square foot of turf has been laid in the newly extended enclosure in readiness for the eight birds.

Previous: Ready for take off!
Next: One week for Tecton contest