Look out for hogs and kisses now that micro-pig, Harley, has a new playmate. 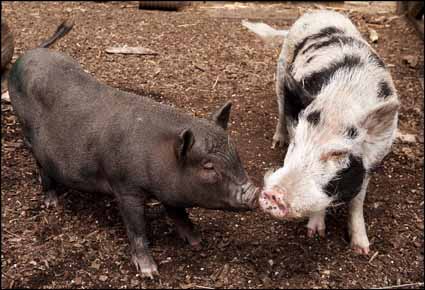 Nine-month-old Poppy has moved into Harley’s den at the farm barn and is settling in well with the 18-month-old male.

Curator, Matt Lewis, said: “Harley hadn’t met any females before, but they seem to be getting along fine and are spending lots of time together in the paddock.”

Poppy was donated to DZG?by a local family who were unable to care for her when they moved house.

Matt added:?”Micro pigs do not make good house pets, and many so-called micro pigs end up growing much bigger than their owners anticipated.”

The smallest breed of pig, they weigh just nine ounces at birth. 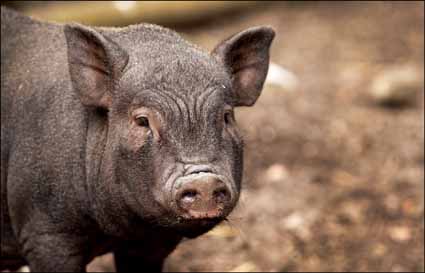 CAPTION: New girl on the block: Nine-month-old Poppy (left and above with male, Harley) is settling in at the farm barn.