We’re celebrating at the double today to mark Father’s Day and the third birthday of our male red panda, Gawa. 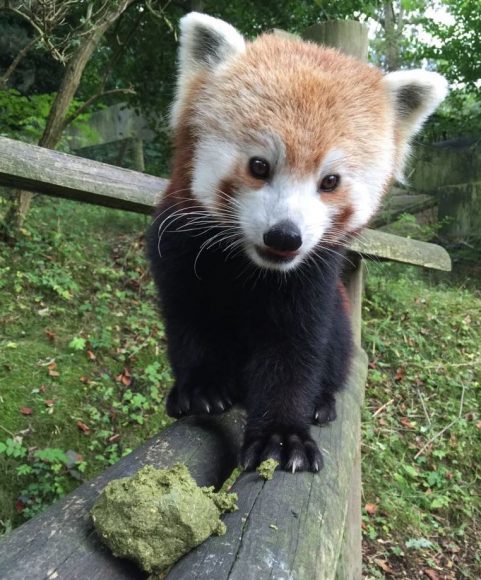 In addition to making a fuss of all doting dads at Dudley Zoo – both resident and visiting fathers – we’re sending special birthday wishes to gorgeous Gawa.

The red panda, also known as fire fox, was treated to an extra big helping of his favourite panda cake to mark the occasion.

It’s a nutritious mix of crushed insects and leaves and forms part of his daily diet.

The birthday boy, who joined us from Rotterdam Zoo in the Netherlands two years ago, shared his birthday treat with his female companion 12-year-old Yasmin.

And after a spring baby boom at DZG we have lots of dads to celebrate too, including our black and white ruffed lemur, Broom, who became a first-time dad at the age of 25.

His little boy Zeus was born in March and was the first black and white ruffed lemur born at DZG for 21 years.

Congrats all round – Here’s to Gawa and all dads at DZG!