Rather than the Fab Four, it’s a case of the Fab Fifteen as a collection of colourful sun beetles have made a comeback at DZG. 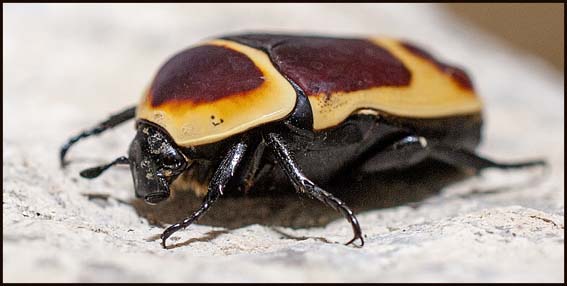 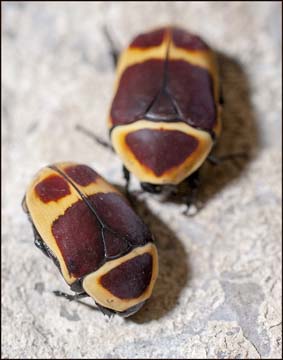 The 15 beetles arrived from Birmingham Wildlife Conservation Park and are now on public display in the Discovery Centre.

Presenter Langan Turner said it was good to have the species back at DZG and the new additions were proving popular with visitors.

He said: “Sun beetles are active during the day and frankly rather clumsy, but these chunky insects are real family favourites as they bumble around their enclosure like hyperactive miniature tanks.”

As their name suggests, African sun beetles are originally from West and Central Africa, leading to their alternative title of Congo chafer’.

Sun beetles belong to the scarab family, meaning they are related not only to British beetles such as the bulky cockchafer and the shiny green rose chafer, but also to the dung beetles of Africa.

Fortunately, sun beetles have a less smelly diet as they prefer fruit such as banana, orange and melon.

Langan added: “Rather like their distant cousins the ladybirds, the bright colours of the sun beetles are a deliberate warning, showing potential predators that they taste foul and won’t make a good meal!”