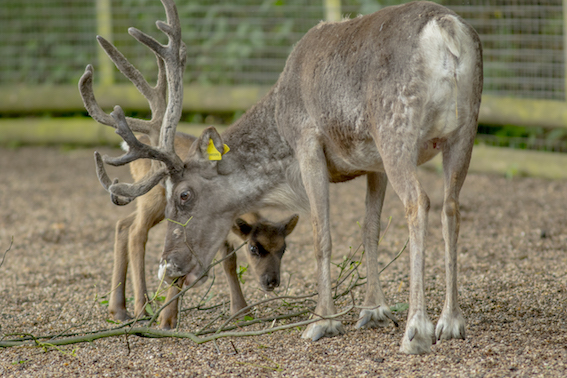 Keepers have chosen the moniker for the two week-old, who made headlines after she was born out of season on the hottest day recorded so far this year.

Section Leader, Jay Haywood, said: “We wanted a name to mark her unusual birth in the height of summer and which also tied in with the flower names of some of the other girls in the herd, so Sunflower seemed the perfect compromise, especially as it’s also a beautiful flower which blooms at this time of year.

“Sunflower is doing really well and mum, Lily is also being really attentive and protective.” 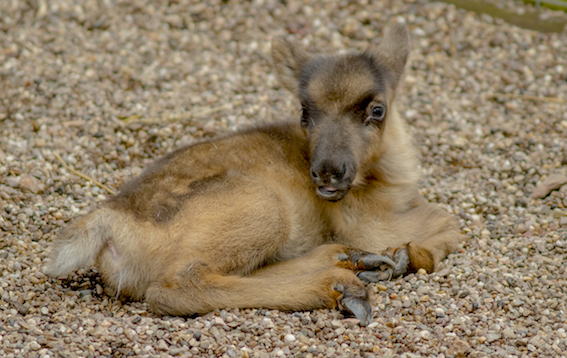 The youngster was born on July 19, as temperatures rose above 30 degrees Celsius on site, with Lily choosing to keep her newborn indoors for 24 hours due to the heat.

And Sunflower became a media star within hours of us announcing her birth, as she made headlines on local television, radio and in newspapers because of her unusually timed arrival.

Reindeer rutting season is typically September time, with births more common around April and May. However, dad, Ghost, arrived at DZG shortly before Christmas last year and as gestation is around seven months, the alpha male obviously got straight down to business! 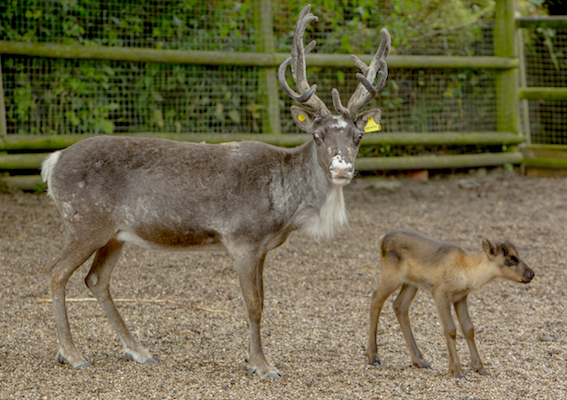 HUGE thanks to BBC Midlands Today, ITV News Central, Big Centre TV, BBC WM for the interest in our newest arrival, plus the local newspapers who also featured her birth!

See some of the coverage here: