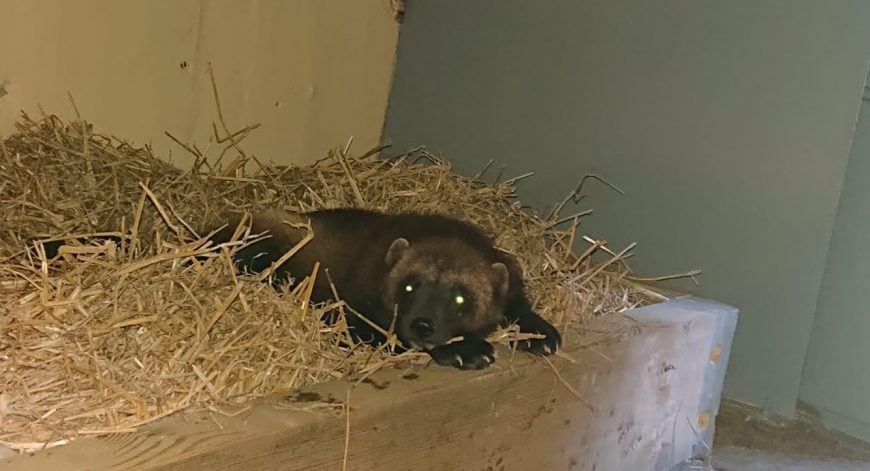 The three-year-old arrived from Whipsnade Zoo yesterday and is the first wolverine we’ve held at DZC in our 85 years. 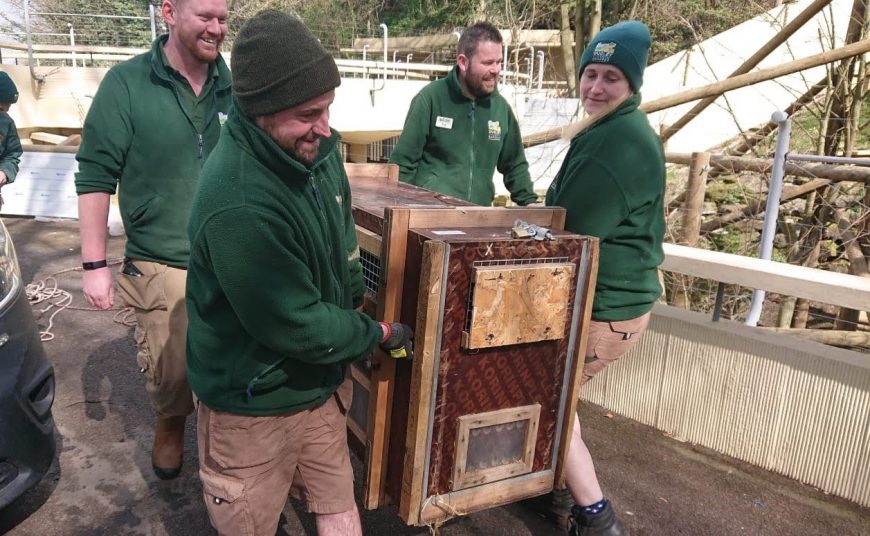 She’s moved into the former Howler monkey enclosure, which has been completely redeveloped over the last few weeks. Her crate was lowered into the 1930’s Tecton on ropes and she’s spent the last 24 hours settling into her off-show den. 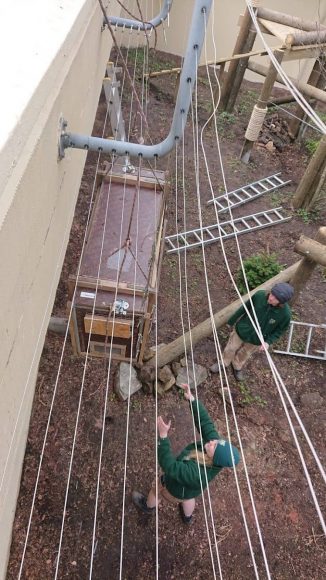 Curator Richard Brown, said: “We are very excited to be joining this European Endangered Species Programme (EEP) for the wolverine.

“Personally, I’ve wanted to bring this particular species into the collection for a long time and it’s great we can do it for the first time in our anniversary year and as wolverines are only held currently in five other collections in the UK, we feel very privileged to be housing them here at Dudley Zoo.”

Wolverines may resemble a bear, but they’re actually the largest and most fearsome member of the mustelidae family, which includes badgers, weasels, otters and stoats.

They’re a powerful and strong species, with extremely powerful jaws, which can crunch through frozen meat and bone.

The wolverine has a thick, dense and oily coat, which repels water. This allows it to endure the harshest of conditions in its natural wooded forest habitats across the northern hemisphere in northern USA, Canada, Europe and Asia.