We’re very excited to introduce you to Flo, our female Linne’s two-toed sloth. 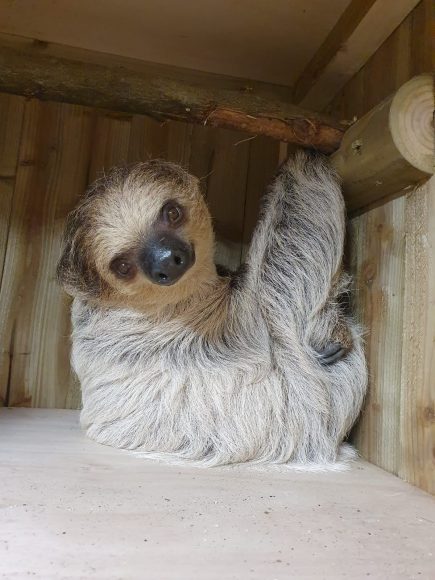 The one-year-old has joined us from Dierenpark Amersfoort in the Netherlands to partner four-year-old Reggie, as part of a European Studbook Breeding Programme (ESB).

“It’s been a species we’ve wanted for a long time and to be in a breeding position with a pair of sloths is brilliant.

“Reggie has been incredibly popular since his arrival a year ago and we know Flo will have just as many fans.” 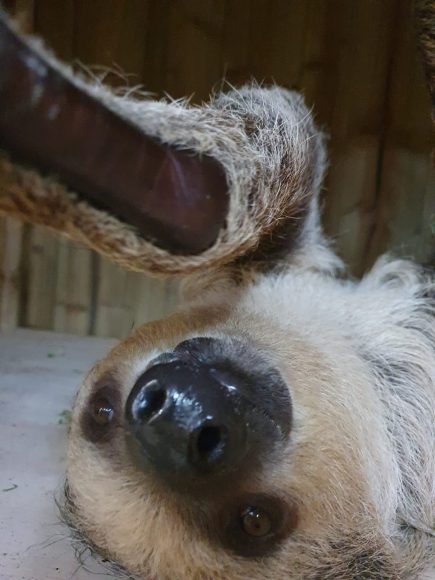 Flo is currently in the off-show area of the enclosure, but has settled in well.

Richard added: “She took a while to come out of her crate but moved straight to her nest box and tucked into her tea.

“Keepers will start a slow introduction between the pair in the coming days, with the first step letting them see each other through the enclosure’s mesh.” 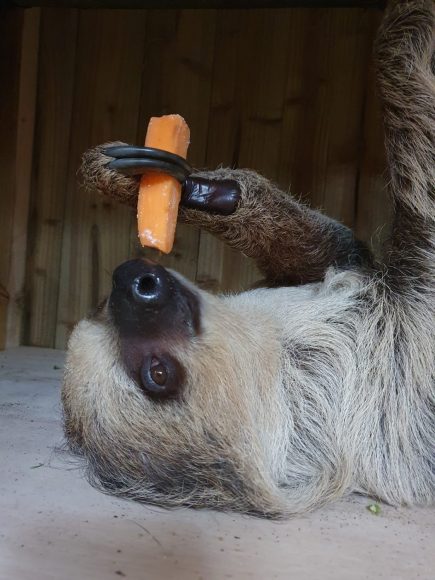 We can’t wait to share more Reggie and Flo news with you soon!